A “village” of five large towers is expected to be built on the former Australia Post site in West Melbourne.

The 9200m² site has been acquired by Trenerry Property Group P/L for around $40 million in a sale brokered by Knight Frank’s Langton McHarg.

The plans, designed by architects Rothelowman, include a village of five large towers of between six and 19 storeys and provide 501 apartments, 11 retail spaces and 396 car spaces end value of about $300 million.

Mr DiCintio said Trenerry was considering introducing a hotel into the development and substantially boosting the retail elements. 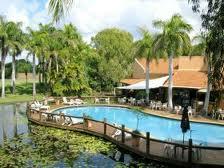