Held at the Choice Hotels International Convention in Los Angeles last week, the Brisbane based property competed against Comfort Hotels from around the globe, each recognised for demonstrating excellence in hospitality, guest service and operations.

Choice Hotels Australasia CEO, Trent Fraser, who was in Los Angeles for the award ceremony, said he was delighted to see an Australian property take out an award that sets the standards for the entire industry.

“Comfort Inn & Suites Robertson Gardens has long been a leader in the Australian hotel industry and I am so pleased to see the property recognised internationally for its excellence.

“This is the very first time an Australasian Comfort property has taken out the coveted international award and the entire team at Choice Hotels Australasia is very proud of this achievement,” said Fraser.
Steve Ryan, general manager of the 133 room property, who was also present at the awards evening, said he is honoured by the accolade and delighted to collect the award on behalf of the hotel owners the Duncombe family.

“From humble beginnings 23 years ago, as a result of the vision of the Duncombe family, the property has continued to grow and has become a very successful part of the Brisbane accommodation scene.

“We employ over 60 staff and this award is a testament to every member of the team, all who have worked tirelessly over the years to ensure the property’s continued success,” said Mr Ryan. 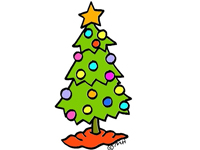 Australian hotels to be featured in National Building Design Awards