With parkour and free running sports increasing in popularity, burglars are more equipped than ever before to reach previously inaccessible areas.

Consequently, one body corporate company is warning unit owners to lock their windows and doors to discourage balcony burglars.

“This goes to show just how important it is for residents to ensure the garage door or outer main doors are locked behind them, and that they don’t let strangers into the building under any circumstance.”

Archers the Strata Professionals partner Grant Mifsud said unit owners living above the ground floor are often lulled into a false sense of security, assuming they are safe from burglars in a high rise apartment.Last year there were more than 19,400 cases of unlawful entry with intent in Queensland, with 30 per cent of burglars using either an open door or window to gain access to the property.

“When it comes to security, high rise apartments are just as vulnerable as other residential homes. Statistics show that of 1,000 high rise apartments, 197 will be burgled, which means there is a 19.7 per cent chance of residents losing items they value,” Mr Mifsud said.

“While scaling high rise buildings might seem overly risky, burglars will stop at nothing to get their hands on valuable items.” Mr Mifsud said unit owners should ensure balconies and windows are locked at night and when the property is unoccupied.

“As simple as it sounds, locking windows and doors often deters burglars who are looking for an easy steal. If it looks like it’s going to take too much time, or they don’t have the right tools, then they’ll give up and move on.”

Mr Mifsud said burglars can also gain access to the building via the ground floor or garage, so it’s important for unit owners to be conscientious about who they let into the building. “Cooperate with other tenants to ensure the outer doors of the complex are locked, don’t allow strangers to tailgate you into the garage and on’t buzz them inside the building,” he said.

Tony Brook, resident manager of a Sunshine Coast apartment complex said an unsuspecting resident in his building recently fell victim to burglary. “The thief entered the building by tailgating another car into the garage. They then stopped the garage roller door from closing, waited in the garage until it was empty and stole a resident’s motorbike.

“It’s also important to ensure the fire door on the ground level is always closed. If it is left open, all a burglar has to do is get through the front door or garage, and then use the fire door to gain access to the rest of the building,” he said.

“It’s common for unit owners to be lulled into a false sense of security, believing that they won’t be targeted by burglars because they live in an area of high standard. That’s not necessarily the case, and we’ve seen it happen time and time again.”Mr Mifsud said another common myth is that burglars don’t target affluent suburbs.

Mr Mifsud said there are a number of tricks unit owners can use to make their apartment less attractive to burglars.

“If you’re going away, let your neighbours know and ask them to collect your mail and keep an eye on your property. When mail piles up, it’s a clear indicator to burglars that nobody is home,” he said.

“If you’re only going out for a short period of time, you can leave your TV on, or use a light timer to give burglars the impression that someone is home. It’s also wise to place items such as cash, wallets, laptops and mobile phones out of sight.”

Mr Mifsud said unit owners should take pre-emptive steps to protect themselves in the event of a burglary.

“It’s always a good idea to have contents insurance, take photos of valuable items and write down the serial number of electronics to help police track down your belongings if they are stolen.”

A new survey undertaken by the Australian Security Industry Association found that Australians are surprisingly lax about their home security. The poll of around 1500 people found that: 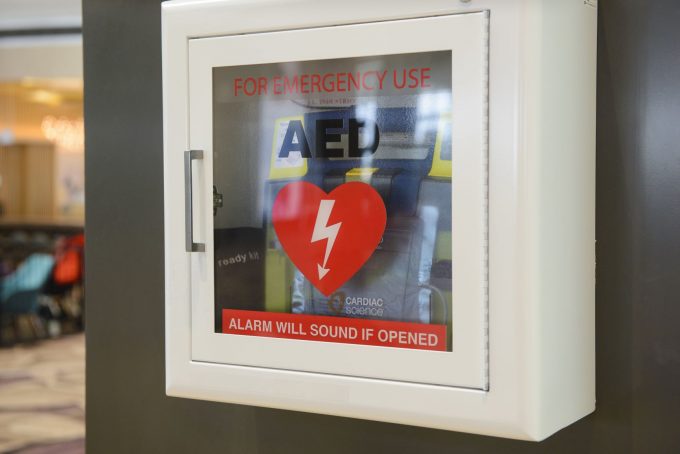