It was twenty years ago this month that then US President Bill Clinton and First Lady Hillary visited the sleepy north Queensland seaside village of Port Douglas and helped put Queensland on the international tourism map.

After the surprise victory by Donald Trump in the US election, the Clintons can only return to Queensland as tourists, but tourism experts believe that irrespective of the result, Queensland can look forward to a continuation of the ‘golden era’ of tourism and investment from across the Pacific. 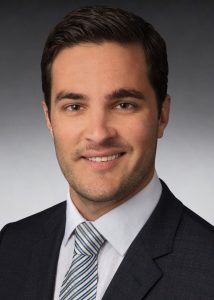 Vice President – Investment Sales, JLL Hotels & Hospitality Group – Tom Gibson, has just returned to Australia from three years working in the United States with the firm and believes that Queensland remains well-placed to attract a new wave of American tourists and investors in the Trump era.

“The Australian dollar has stabilised at a lucrative level for US travellers, most of the older accommodation assets have undergone significant renovations, government investment is at an all-time high and airline connectivity continues to grow,” said Mr Gibson.

“International leisure travel is powering not just the Queensland market, but the overall Australian inbound market.

“Cairns and Port Douglas have been ‘rediscovered’ by the American market, while attracting new visitors from Asia as a result of growth in direct airline services.

“The region has seen very limited new hotel construction since the Clintons were in town, but with the sustained positive results from leisure travel and the likelihood of even more airline capacity, there are unprecedented opportunities to buy or upgrade existing properties, and also develop new resorts.

“The Queensland leisure market has long been regarded as one of the primary counter-cyclical investment markets throughout Asia Pacific, offering robust market conditions, quality infrastructure, political security and accessibility.

“With the expansion of new infrastructure in key markets, the development of new demand drivers and the introduction of new international flights, the Queensland tourism market is perfectly poised to cement itself as one of the preeminent global leisure markets.

“The Sunshine Coast offers outstanding potential for new hotel developments, especially with plans confirmed to extend its airport, while Gold Coast has been successful in attracting greater direct international flights, which has encouraged renewed investor interest in tourism property.

“After a considerable hiatus, the American hotel groups are once again actively seeking opportunities in Australia and with the favourable exchange rate, this is only going to result in more US-based private equity and hotel funds targeting Australian hotel assets, and in turn bringing their competitive acquisition tactics.” said Mr Gibson. 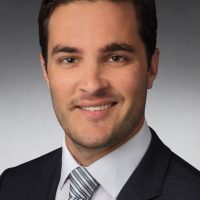