Bruce White has been appointed hotel manager at The Marque Hotel Brisbane.

Bruce started his career in the Hunter Valley in the early 80s and has been in Queensland for the last 12 years – originally moving to run the Orient-Express (QR luxury train). He joins The Marque Hotel, after periods as sales and marketing manager of The Rendezvous Hotel Brisbane and The Marque Hotel which he embarked on in late 2010.

Ten Tips on How to Improve the Premium Accommodation Experience 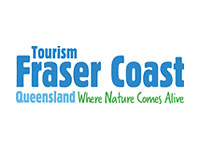