I am often asked what causes water hammer, what is a backflow device and what is a TMV valve for those who do not know here is a brief description.

Water hammer is a shock wave that is created in plumbing pipe systems due to “immediate” shutting off water pressure. For instance, in the old days a tap was designed to turn off slowly by turning the tap in a clockwise motion that slowly isolates the water pressure. Today we have modern technology called flick mixers, these taps can also be turned off slowly but most people chose to turn these taps off at a quick flick.

Dishwashers and automatic washing machines are also a major cause of water hammer. These appliances have electric operated solenoid valves that shut the water down immediately causing a shock wave within the water plumbing system. The average water pressure in a plumbing system can be 500 to 850 kpa of pressure. When this pressure is isolated quickly then we create a shock wave, this shock wave then travels through the plumbing system to find something that will absorb the shock wave. This shock wave can be absorbed by many scenarios. Some examples are loose pipework, washers in taps are always left in the open position like cistern and washing machine taps. The washers in these taps float backward and forward absorbing the shock wave.

A plumbing system does become a telephone system and the cause of the shock wave cannot always relate to the actual noise location. Usually a well-trained plumber can detect what is absorbing the shockwave and rectify the problem with minimal costs. In some cases where loose pipework is inaccessible a water hammer arrestor can be installed at the source of the problem.

A reduced pressure zone device (RPZD or RPZ valve) is a type of backflow prevention device used to protect water supplies from contamination. Basically these devices are installed on garden watering systems, cleaning areas such as bin rooms and anywhere there is a risk of polluted water siphoning back into water mains.

The siphoning of contaminated water into the drinking water supply can occur when the council mains are shut down, this creates a negative pressure in the water main. A hose left in a swimming pool while the tap is on can siphon back into the water main. RPZD valves are important for our health and council requires that they are tested annually.

The valve is designed to isolate hot water supply if the valve fails or cold water pressure supply reduces significantly. It is a required law that hot water supplied to nursing homes, childcare centres. Disabled bathrooms and schools is regulated a no more than 45°C in most cases 42.5°C.

The lowdown on loungers: we expose accom’s best outdoor furniture

Sniffing out a solution for bed bugs… Literally.

The lowdown on loungers: we expose accom’s best outdoor furniture

Sniffing out a solution for bed bugs… Literally. Do you scare easy? Check your cameras 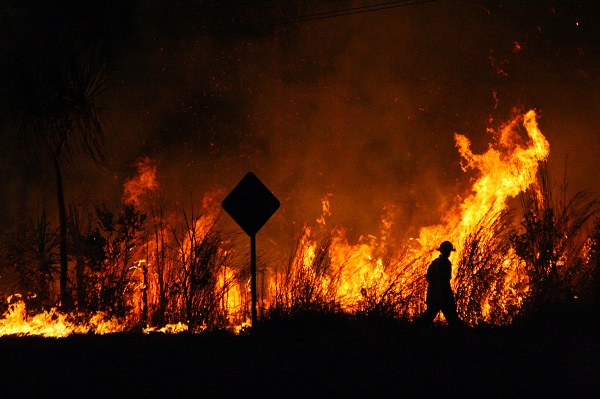 The storm season is here…