The franchise sector is a major contributor to the Australian economy, generating an estimated $131 billion in annual revenue and employing more than 400,000 people across approximately 1200 brands and 73,000 franchised units.

A federally regulated business sector, Australian franchising can boast world’s best practice and a remarkable success rate. Given Australia is one of the most franchised nations in the world, the accommodation sector currently has a relatively low representation. Following in the footsteps of the United States, where accommodation is reportedly 70% franchised, it is expected to be one of the next major growth areas in Australian franchising.

Who is the Franchise Council of Australia?

The Franchise Council of Australia Ltd is the peak body for the $131 billion franchise sector in Australia, representing franchisors, franchisees, service providers and advisors to the sector. Formed in 1983, the FCA is a nationally incorporated not-for-profit association with a national head office based in Melbourne.

The FCA’s main aim is to help people get into franchising and ensure the sector they are joining is as good as it can be. This means promoting best practice in the sector and providing the education and other services necessary to ensure a healthy sector constantly striving to lift its own standards.

The FCA exists to:

• educate state and federal governments on issues relevant to the sector

• to develop a vital, strong and financially viable franchising sector

• to continually foster among consumers, governments and the business community, a broad-based understanding of the economic importance of having a strong franchise sector in Australia

• to design efficient, identified, value-added services to members and assist them to be more effective in franchising.

The FCA is available to assist all stakeholders in the Australian franchise sector in a variety of ways, to ensure the sector is a vibrant place to do business. Membership of the FCA is voluntary and is open to any individual or organisation involved in the franchising sector, including; franchisees, franchisors, lawyers, accountants, banks, consultants, academics, publishers and many more.

It is fortunate to count Quest Serviced Apartments, Toga Hotels and Choice Hotels among its members.

Whether offering advice on best practice franchising, educating government on policies affecting the sector, promoting franchising in the media or providing professional development services to its members, the FCA does its part to make the sector a positive, sustainable place to earn a living.

The FCA is closely affiliated with franchising associations around the world, and is a founding member of the Asia Pacific Franchise Confederation It is also a member of the World Franchise Council and for 1999 and 2000 was its secretariat.

Membership of the FCA means credibility – maintained through the FCA member standards and the Franchising Code of Conduct; professional support – through education programs, networking opportunities and regular events; and representation – ensuring members’ voices are heard by governments, regulators and other important groups.

Membership also means solidarity. FCA members belong to an association where their peers work together for the betterment of the sector. FCA members share a common method of doing business – not a common business. For this reason, franchisors, franchisees and suppliers can freely exchange ideas without fear of losing their competitive edge.

The FCA recognises that its members have different needs and that different types of members should co-exist harmoniously. The success of franchising depends on successful franchisors and this, in turn, depends on profitable and happy franchisees. The FCA works constantly to ensure that all activities and services which benefit franchising will benefit the broader community – including franchisees, franchisors, employees and their local economies and communities.

In 2012, the FCA Franchise Academy launched the Certified Franchise Executive program. The CFE is the only internationally recognised professional accreditation program for franchise executives. It is an educational framework designed to enhance the professionalism of franchising by certifying the highest standards of quality training and education. The program offers existing and aspiring franchise professionals and entrepreneurs the opportunity to grow professionally and reach a recognised standard of excellence within the local and international franchise community.

Members of the FCA receive many benefits that help businesses keep informed and connected with the franchise sector and facilitate education. One of the hallmarks of a reputable sector is a commitment to high standards of personal and professional conduct. This enhances public perceptions of franchising, helps safeguard the investments of franchisors and the businesses of franchisees, protects franchise networks from unfair or unethical attack and provides guidance for those seeking to commence their franchising journey.

Franchising in Australia is a federally regulated sector. The Franchising Code of Conduct administered by the ACCC, allows for affordable, efficient dispute resolution procedures and disclosure provisions to assist and guide Australians in franchising. The code has been subject to review in 2013 in an effort to continue to modernise the regulations that strengthen this fast moving sector.
The code is in place to protect both franchisees and franchisors from unscrupulous operators and to implement safe guards to enhance the business relationship between franchisees and their franchisor.
The FCA considers that the relationship between the franchisor and the franchisee can be developed even further with best practice guidelines in the form of FCA member standards.
It is the FCA’s view that a member gains significant market benefit in identifying themselves with FCA membership and as such the business practice and activities of members should work towards franchise best practice.

Quest helps take your hospitality career to the next level COVID-19: How to deal with your property’s lost revenue 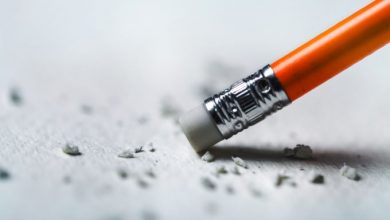 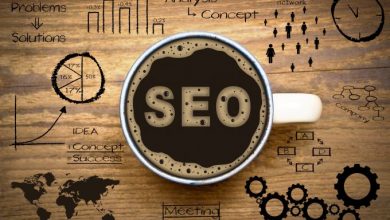