Now in its third edition, the awards program celebrates Canadian architects and interior designers who shape how we make ourselves at home away from home.

Air Canada enRoute, in partnership with Interior Designers of Canada, RAIC, Architecture Canada and IIDEXCanada, invited Canadian architects and interior designers to enter submissions relating to projects for new or extensively renovated hotels and resorts completed between January 1, 2013 and December 31, 2014 for this biennial competition.

“The work of architects and interior designers happens largely behind the scenes, so it’s exciting to bring forward the best in Canadian design and put it in the spotlight,” said Jean-François Légaré, editor-in-chief, Air Canada enRoute.

“From the rugged coast of Newfoundland, where architect Todd Saunders built the minimalist Fogo Island Inn, to Barcelona, where Anwar Mekhayech decked out the lobby of the Generator Barcelona with 300 lanterns, this year’s winners know how to make our hotel stays memorable.”

“Air Canada is proud to honour the talent of Canadian architects and interior designers who make their mark around the world,” said Craig Landry, vice-president of marketing, Air Canada. “As a proud Canadian brand, we look for every opportunity to showcase the best of our country.”

Here are this year’s winners:

‘Collaborative’ economy must be more about ‘contributing’ to the economy than ‘taking’, says TAA 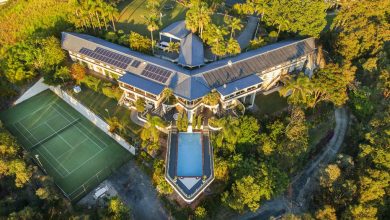