Australia has created an enticing formula to entice more Chinese tourists by adding more flights, offering 10-year visas and promoting a better exchange rate, however some Australian hoteliers feel there aren’t enough hotel rooms in the country to keep pace with demand from China and other large international markets.

Chinese tourism to Australia is at a record high, with more than 1.1 million Chinese travellers visiting the country last year.

Australian destinations are particularly focussed on attracting Chinese tourists this year because governments from both countries declared 2017 the China-Australia Year of Tourism which involves various trade shows, events and marketing campaigns in both countries to promote one another as destinations.

“It’s fascinating that while we’re high-fiving each other about how great we are in getting the Chinese tourists to come to Australia, we’re losing market share.”

More flights from China from carriers such as Qantas and a 10-year trial visa program have assisted Chinese travellers in booking trips faster than some hotels can keep up.

“And that’s one of the main reasons for us to invest so much money and build up our hotel capacity as quickly as possible. If you don’t have the hotel product to accommodate people, you can’t monetise the opportunity.”

“If you look at Chinese tourists, many of them are spending in the four and five-star category for accommodation and that’s where we actually need the capacity,” he said. “We need to get a lot more products up to that level where we’re competitive with the best product in Hong Kong, London or New York.”

Study reveals the most Instagrammed locations around the world 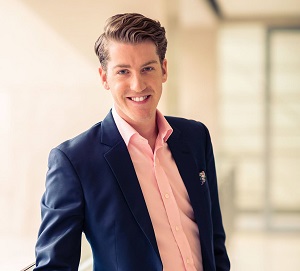 The cost of a capital-city holiday