InterContinental Hotels Group (IHG) has announced the appointment of Leanne Harwood to the role of managing director, Australasia and Japan.

She will be replacing Karin Sheppard, who moves to London to take on the new position as IHG’s managing director, Europe.
Leanne is one of IHG’s Europe, Middle East, Africa and Asia (EMEAA) senior leaders and will be responsible for the operations, growth and performance of more than 70 hotels in the Australasia and Japan Business Unit. In her role as managing director she will oversee the regional teams as they continue their growth momentum in Australasia and prepare for the 2019 Rugby World Cup and 2020 Olympics in Japan.
Prior to her appointment, Leanne was Vice President for IHG’s operations in South East Asia and Korea, based in Bangkok, overseeing the operations and performance of more than 60 hotels in Cambodia, Indonesia, Malaysia, Singapore, Thailand, Vietnam, the Philippines and Korea. She has also worked for a number of hotel companies in a variety of countries including Australia, New Zealand, Vietnam and French Polynesia.
Leanne joins IHG with over 20 years’ experience in the hospitality industry with more than a decade at IHG.
Tags
2018 accommodation appointment Australasia IHG Management marketing people
Facebook Twitter LinkedIn Share via Email Print

4 things every hotel should be doing on Facebook now

HotelsWorld has been newly acquired Why it’s important to let your destination shape hotel culture 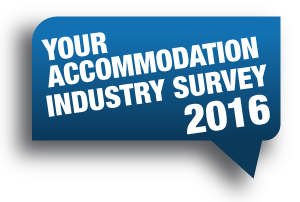 What do you need to know about the Australian Accommodation sector?