I continue to scratch my head and wonder why developers in New South Wales are so slow to pick up and run with the concept of management rights.

Other than Meriton Apartments, there are very few developers in NSW who seem interested in the concept.

I believe it comes down to a combination of factors:

1. Lawyers’ advice
Most NSW Lawyers are telling their developer clients that management rights are a dead issue in New South Wales. They are saying this because of a combination of reasons – including the Arrow Asset Management case and the inability of developers to now hold proxies to vote in the management agreements at the first AGM. The reality is however that Arrow Asset Management case is simply a disclosure issue in the off the plan sale contracts and everyone still loves the developer at the first AGM and will vote for agreements that are disclosed in the sale contracts.

2. Not understanding the concept
Most developers in New South Wales do still not understand the management rights concept. Many still don’t understand the benefits of having a manager residing on site and being on call to sort out all of those day-to-day issues that crop up in strata living. Likewise, many can’t see the benefits of having an on-site letting agent living in the complex with the tenants that are putting into owner’s units. In 10 out 10 cases, the on-site manager will know if he has a problem tenant way in advance of an offsite letting agent and can deal with the problem at a much earlier stage.

3. Bad publicity
In recent years, there have been some well publicised cases of disputes between managers and owners corporations in a couple of large Sydney complexes. Clearly, a number of developers have sat on the sidelines watching these disputes evolve and decided that they don’t want the same thing to happen to their buildings.

The reality however is that these disputes are very much a minority and for every building where a dispute has developed between the owners corporation and the manager, there are many, many other complexes where there have never been any problems.

4. Increase in levies
There is also a general perception that by incorporating on-site management, owner’s levies will substantially increase and therefore decrease the saleability of units in the complex. In reality, on-site management only results in moderate increase to the administration fund levies as other funds which would normally be budgeted for outside contractors is built into the caretaker’s fee. Also, efficient on site management invariably reduces major future expenditure because of the regular maintenance programs conducted by the on-site manager.

5. Real estate agents
Real estate agents have been exceptionally good to date in talking down management rights to developers, with a view to them obtaining rentals in buildings, as well as sales. Some developers in New South Wales feel that if they incorporate management rights, their selling agent might lose some incentive in marketing the units if they can’t also pick up rentals in the complex.

So what are developers giving away by not incorporating management rights?

Simply put, a lot of money and a great opportunity to set the building up for long term success!

As far as I am concerned, a developer may as well stand in front of me and rip up a couple of hundred thousand dollars in notes if they don’t incorporate management rights in these large predominantly investor complexes – and that’s even before you get to the compelling arguments of the social and maintenance benefits that managers bring to these complexes. If I was purchasing a unit in a large inner Sydney building, I would not go ahead if there wasn’t an on-site manager responsible to the executive committee and owners for the daily maintenance and cleaning of the common property and assisting with enforcing the by-laws. It would only be a matter of time before the complex becomes run down (along with my investment!).

At last – AirAsia X Gets its Sydney Wish

International Tourism to Reach One Billion in 2012 Looking after your interests! 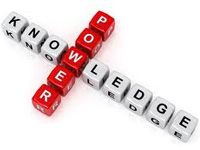 For your eyes only! 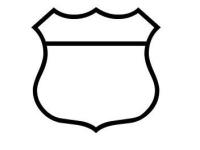