She has also written a number of plays and screenplays and her novel The Soul Bearers is currently being considered for a Hollywood feature film.

Yet more recently, Sylvia has turned her talents to crime novels, drawing inspiration from the hotels in which she works and creating a savvy, smart-talking duty manager named Mia Ferrari to act as her hotel-based, crime-solving, super sleuth heroine.

Her first murder mystery adventure, Playing With The Bad Boys, was first published in March as an eBook but has recently been released in paperback. The novel sees our heroine Mia Ferrari, a 48-year-old divorcee, leave no stone unturned as she endeavours to solve the mystery that forms the central plotline for the book.

Having worked in a number of international hotels, Sylvia decided it was time to turn her pen to the hospitality industry. She said working in the hotel industry had proven to be a great source of inspiration and provided the perfect backdrop for murder. “Hotels are where you see it all — love affairs, celebrities, temperamental chefs, sinister characters planning shady business deals, suicides, drama and so on,” she said. “The world of hotels is a world of its own and where better to plant a busybody duty manager who fancies herself as a private investigator and wants to pit her skills against the police?

“Mia doesn’t suffer fools gladly and doesn’t trust men but men cannot help being drawn to this smart-talking woman,” Sylvia said. “Not only does she have style but she’s gutsy as well and leaves no door unopened in her efforts to solve a mystery.”

Sylvia’s books include Playing with the Bad Boys, The Soul Bearers, The Other Boyfriend and Like Casablanca. 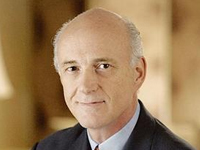 Board reshuffle at Ayers Rock