Using information analysed from 2012, newBrandAnalytics, a leading US-based provider of social intelligence, has its finger on the pulse of the key trends that will unfold in 2013. The explosion of online customer feedback is transforming how businesses will use social intelligence to deliver a quality customer experience.

In an article titled Social Intelligence Trends for 2013, the social market intelligence group predicts that businesses will stop investing in solicited surveys in 2013 due to consistent, reliable and free customer feedback coming from the web via guest reviews.

The company also predicts that star ratings will become a thing of the past, as they are being recognised by consumers and businesses as “misleading, unreliable and not actionable”. Instead, “consumers will seek verbatim reviews in making their purchase decisions; businesses will decipher the true meaning and uncover important themes discussed in these unstructured reviews to drive improvements.”

Should a hotel guest have a bad experience, he or she can tell the world – or at least his or her personal universe – in a matter of seconds.

In 2012, organisations witnessed a 25% increase in online customer reviews. With a consistent, reliable and free source of feedback coming from the web, social intelligence has rendered solicited surveys pointless and businesses will start to eliminate spend on solicited surveys in 2013.

Industrial espionage is now legal and free. Forget old-school normative assessments and anonymous data. Smarter companies will use social intelligence to dig into their competitors’ performance. They will not only benchmark competitors’ social data to try to outperform on operations but also as inspiration for product creation.

“In 2012 we saw the hot brands using competitive data in new, previously unimagined ways,” said Kristin Muhlner, CEO newBrandAnalytics. “We predict that more than one-third of businesses adding products or menu items will be inspired by their competition’s online customer feedback.”

“Star ratings are so yesterday,” says Ms Muhlner. “Consumers will flock to online review analysis tools to gain the meaty insights and details they’re looking for. Consumers will seek verbatim reviews in making their purchase decisions; businesses will decipher the true meaning and uncover important themes discussed in these unstructured reviews to drive improvements. Ultimately, star ratings will be rendered useless.”

Feedback to Resort News parallels that same philosophy. One reader summed up the theme of the bulk of correspondence on star ratings:

“I fear AAA Tourism is nearing the end of its life cycle, which I think is a shame as the original concept was relevant. The digital age has really moved us on from the days of looking for a star sign outside the business or pouring over a RACQ/NRMA book to pick out your accommodation. Just like Yellow Pages.

The Internet has given us all great freedom to find out anything we want to know, and word of mouth is being replaced by online forums such as TripAdvisor.”

The “new” star ratings scheme is struggling to gain acceptance from many accommodation providers. One has to doubt the wisdom of bringing in a diamond rating scheme that does not differ significantly from the system it seeks to replace at this time. Self-rating has never gained much in the way of public acceptance.

Like it or not, social media sites – especially TripAdvisor – has replaced the need for an “official” rating system and the days of stars and diamonds may well be over. 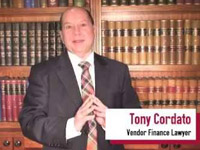 Consumer law and your advertising Are apps a fad or fact of life?

The Sinister Side of TripAdvisor 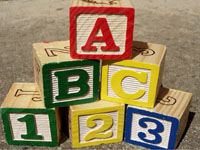 Are you doing these fundamentals in your accommodation business?