The review and updating of the density living legislation in Queensland which will take place early next year is a result of the ongoing dialogue with the government and its administration over many months of submissions and discussions.

As a result, major changes are occurring with the special Property Occupation Act in Queensland and the strata review legislation in NSW that is to go before that parliament later this year. Governments seek to schedule legislative reviews every five years to ensure that the governing legislation reflects the industry dynamics and in the strata and community property industry the major growth in both tourist development and n the desire for many more people to live in modern high rise accommodation as owners, occupiers or tenants.

The announcement in the last week of the Queensland parliament that the Property Occupation Act was introduced and referred to the Legal Affairs and Community Committee Safety for legislative review prior to the first sitting of the parliament in February 2014 is a major initiative in terms of breaking down the complexities in the old PAMD Act into separate pieces of legislation. The new legislation which is before the parliament will provide for the regulation of the activities, licensing and conduct of property agents, resident letting agents and their employees and to protect consumers against particular undesirable practices.

This will also require amendments to the Body Corporate and Community Management Act 1997 and to make minor and consequential amendments.

We at ARAMA are pleased with the outcome that began many months ago when we responded to the request of the Services Delivery and Performance Committee who began the review of the legislation.

ARAMA and other industry stakeholders meet regularly with government and of course with our members to provide operational and commercial experiences before the government and its administrative arm.

ARAMA members play a major role in delivering tourist accommodation throughout Queensland and Australia and also our members are on-site managers of strata and community title residential complexes in the cities and their suburbs in Queensland centres. The new Property Occupation Act will cut a degree of red tape with respect to the regulation of resident letting agents, as the new act will significantly reduces the level of regulation for these our members.

The legislation will remove the requirement for a resident letting agent to satisfy the chief executive that they have body corporate approval and that they will live onsite to be eligible for a licence. In addition, resident letting agents will no longer be limited to managing only one building complex as it is recognised that these matters are not indicative, for occupational licensing purposes, of whether a person is appropriate to provide letting services to a building complex. Resident managers will still be required to comply with their individual management rights contracts and agreements with relevant bodies corporate in relation to those matters, which is crucial to sound administrative practice.

We and our industry colleagues, including owners and bodies corporate management representatives have appreciated that the government has worked closely with industry and peak stakeholder bodies to identify and implement new red-tape-reduction measures. The ARAMA leadership group has visited all branches at least twice in the past year to compile and test our submissions in a very practical sense so that our contributions to the legislative review were practical and very sound for the benefit of our owners, residents and guests.

The new act also eliminates reporting and paperwork that unnecessarily imposes costs on industry, buyers and sellers including, for example, by:

• removing the requirement for an employment register to be maintained;

• removing the prescriptive requirements about the display of a licence;

• reducing the restrictions relating to licensees being in charge at a place of business;

• removing the requirement for a prescribed notice to be provided if the sale is in relation to vacant land; and

• removing the requirement for a buyer to state in a termination notice the relevant section of the legislation that is being used to exercise their cooling-off rights.

A number of amendments to clarify particular provisions and improve the operation of the legislation have been provided and the bill clarifies the meaning of residential property, clarifies that the disclosure of a price guide for a property that is going to auction is banned, and clarifies that a separate appointment is not required for conjuncting agents.

The new legislation will be supported by a financial administration act containing common trust account obligations and claim fund provisions applying across the industry-specific acts.

In place of the existing provisions, the new legislation simply requires a brief statement to be incorporated into residential sales contracts above the signature block recommending buyers obtain independent legal advice and a valuation before signing a contract. The bill also deregulates the maximum commissions payable to property agents and resident letting agents. Queensland is the only state that regulates to cap property agent commissions. Deregulating commissions is intended to put downward pressure on commissions by removing the perception that the maximum rate of commission is a standard rate, thereby stimulating increased competition in the market on commission rates.

The Office of Fair Trading will undertake a community information and education campaign to support the deregulation of property agent and resident letting agent commissions in Queensland. The campaign will emphasise to consumers the importance of shopping around and negotiating commissions, fees and charges before appointing a property agent or resident letting agent. In developing the campaign, the OFT will consult closely with peak consumer groups and representatives about how best to engage with the community about the deregulation of commissions in Queensland.

ARAMA has worked directly with its members and other interested stakeholders over the last few years to deliver submissions directly to government to help bring about positive industry changes.

There are enough changes in this new legislation to enable our members to operate with less restrictions and more certainty than before. ARAMA is very pleased with the outcome. We are intending to hold education and information sessions for members right around Queensland in 2014 and provide updates for all of our forms and tools which appear on the ARAMA resource library.

In the wake of national licensing 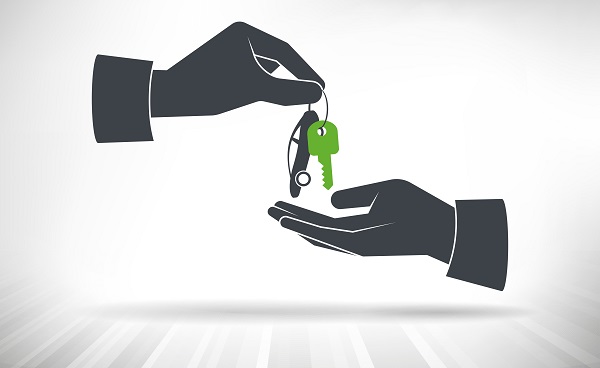 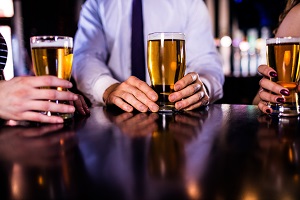 Getting to the grassroots: talking to the local pollies