Goodearth Hotels Australia is planning to add a third tower to its Crowne Plaza resort in Surfers Paradise.

The multimillion-dollar expansion will add more than 200 strata titled apartments. The 45-storey wave-shape building has been designed by TVS Partnership and will also have five levels of parking space, gymnasium, pool, function rooms, sauna, lounge and games room. The third tower to be positioned between the existing towers. Crowne Plaza is a Gold Coast landmark due to the revolving restaurant that tops its main tower. The first tower was built by Japanese company Sun and opened in 1991 as the Travelodge and later the Parkroyal. It opened second tower in 1997. Singapore based Goodearth Hotels Australia acquired the twin-tower resort for $35 million in 1999.

Hotel Chain Takes to the Air 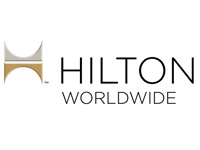 Industry in chaos as threat intensifies