Queensland tourism businesses are urged to nominate for the 2014 Queensland Tourism Industry Council Prize for Innovation in Tourism and have the chance to win a share of more than $40,000 in prizes.

The program is open to micro and small to medium sized Queensland tourism enterprises that have developed and adopted innovative products, services and processes in Queensland between January 2013 and June 2014.

QTIC chief executive Daniel Gschwind said encouraging innovation within the tourism industry is imperative for the ongoing sustainability of businesses and future growth of the sector. “The QTIC Prize for Innovation in Tourism is an opportunity for Queensland tourism businesses to be publicly acknowledged for their dedication to drive the industry forward,” Mr Gschwind said. “Tourism directly and indirectly accounts for 241,000 Queensland jobs and contributes $23 billion to Queensland’s economy. The QTIC Prize for Innovation in Tourism reinforces the value of continually innovating in order to cultivate industry prosperity.”

Last year, the inaugural 2013 QTIC Prize for Innovation in Tourism was awarded to Longreach-based family business Kinnon & Co., for Starlight’s Spectacular Sound and Light Show, a 25-minute outdoor multimedia production. The 2013 runner up prize was awarded to Cairns ZOOm, a wildlife dome located on top of the Cairns-based Reef Hotel Casino and the judging panel presented a highly commended to Surfers Paradise Alliance for development of a two-part event analysis measurement instrument.

2014 QTIC Prize for Innovation in Tourism – 1st Prize
• Courtesy of the Department of Tourism, Major Events, Small Business and the Commonwealth Games, the winner will receive a prize package to the value of $30,000 of business support. The prize package will comprise of stages 1 and 2 of the Velocis program which will be delivered by the Australian Institute for Commercialisation.
• Other elements of 1st Prize include $3,000 worth of travel and flights to undertake a business familiarisation as well as development and distribution of a dedicated Public Relations Case Study in partnership with EC3 Global.

2014 QTIC Prize for Innovation in Tourism – Runner Up Prize
• The runner up receives free membership to the EarthCheck International Certification program (value $3800). The runner up will also be included in media releases, QTIC communication and the QTIC website.
To nominate for the QTIC Prize for Innovation in Tourism or view the eligibility criteria, visit http://www.qtic.com.au/ or contact Alyce Holding, QTIC Events Planner on (07) 3236 1445 or [email protected]

Big4 in technology link with RMS

How a utility vehicle can boost your business 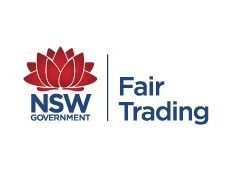 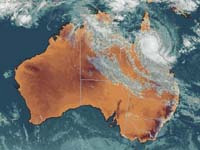