The nationwide industry scholarship is open to individuals 18 – 30 years from any area in hospitality – be it in the kitchen, cellar, brewery, orchard or front of house. The winner will gain incredible access to Melbourne Food and Wine’s extensive global network to work in internationally-acclaimed venues worldwide.

Flown to three different countries to complete their work experience, they will be provided with $2000 spending money for their journey, and undertake an exclusive year-long mentorship with a local industry leader when they return. Building on the success of the 2014 inaugural scholarship that attracted applications from across Australia, this year’s scholarship has grown to also include state-based winners:

“We were thrilled with the calibre of applications we received in last year’s scholarship,” explained Natalie O’Brien, CEO, Melbourne Food and Wine. “As a way to extend our support for the industry on a national scale, we’ve decided to introduce state-based winners who will each receive a mentorship with a local industry leader as well.”

To enter the scholarship, applicants upload a short video online discussing their passion for the industry and explaining how they will use the opportunity to add value to their career in Australia. Submissions open 2 March to 10 April and the winner will be announced in May 2015.

For more information on the 2015 HostPlus Hospitality Scholarship go to http://www.melbournefoodandwine.com.au/scholarship Sunshine Coast-NZ flights back next year Mona unveils plan for next phase of growth 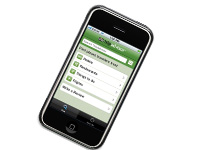