The recent Victorian Supreme Court decision in favour of a Melbourne apartment owner that operates serviced apartments in a Docklands residential building has been slammed by the Sydney-based Owners Corporation Network.

Stephen Goddard, a Sydney strata lawyer and chair of the OCN, told Property Observer allowing apartment owners to turn their residential units into hotels rooms or serviced apartments would “degrade property values” and result in strata fees rising due to higher maintenance costs.

It follows the Victorian Supreme Court overturning an earlier ruling by the Building Appeals Board that prevented Paul Salter from operating his Docklands Executive Apartments at the 350-unit Watergate tower. Mr Salter had lost an appeal to the Building Appeals Board in March this year after he received building notices in April 2011 with respect to three apartments being used as short term serviced apartments that were ruled to have contravened the Building Code of Australia, according to Property Observer.

The City of Melbourne was a defendant alongside the Building Appeals Board in its legal dispute with Mr Salter.

The court ruled that the decision of the Building Appeals Board must be quashed and the appeals made by Salter be remitted for re-hearing and determination in accordance with law.

Mr Goddard says the OCN is “completely behind the City of Melbourne”.

“It’s neither good public policy nor in the public interest to convert residential apartments into boarding houses or hotels on common property rates,” he says. “We are surprised and disappointed at decision of Supreme Court of Victoria.”

Mr Goddard told Property Observer the decision will have national ramifications with the potential for parts of Docklands to start looking like the Gold Coast.

He says short-term letting of apartments is also a problem in Sydney, citing one example of a buck’s night in an apartment building, where windows were broken and the swimming pool had to be drained to remove all the glass.

“The allowing of checkerboard short term tenancies results in the overall degrading of amenities and capital values and will result in increases in levies. It’s short-term profiteering but with a long-term cost,” he says. 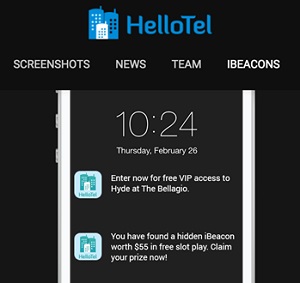 Are iBeacons the future of the accommodation industry? 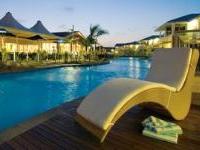