The Mayor was joined by the Hon Julianne Gilbert MP (Mackay), attending on behalf of the Queensland Premier’s Office, and an intimate group of just 40 invited executives and guests from the local community, eager to catch a glimpse of the contemporary new hotel.

Mayor Comerford spoke of her enthusiasm for the arrival of the international ibis brand to Mackay, which will play an important part in the local economy.

Representing AccorHotels, Mr Sedgwick relayed his confidence in the Mackay, Isaac and Whitsunday tourism and hospitality scene and congratulated ibis Mackay Airport hotel manager Scott Grant and his team for an outstanding launch of the hotel.

“A strong relationship has been forged between AccorHotels and NQA during the development process,” said Mr Sedgwick.

“Ibis Mackay Airport is certainly poised to benefit from the expertise AccorHotels offers as the largest operator of hotels in airport precincts across Australia, and this new hotel bolsters the group’s already strong network of airport accommodation options which include Ibis Budget Brisbane Airport, Novotel Brisbane Airport, as well as hotels at Melbourne, Sydney and Perth airports.”

NQA Director, Andrew Fellowes said the $30M the company has invested in ibis Mackay Airport and its surrounds is concrete proof of NQA’s strong commitment to the Mackay region and confidence in its future.

“Ibis Mackay Airport offers a product specifically tailored to corporate and leisure travellers and local people flying in and out of Mackay and it confirms the airport’s position as Central Queensland’s integrated multi-modal transport hub,” Mr Fellowes said.

“Ibis Mackay Airport is the first step in fulfilling our 20 year development plan for the airport that will in total generate almost $1 billion for the regional economy and open up many hundreds of new jobs, business opportunities and vital infrastructure for this region.

“On behalf of NQA I thank everyone involved in the hotel’s construction and we look forward to a strong and successful partnership with AccorHotels now that ibis Mackay Airport has opened its doors for business.”

Developed by North Queensland Airports (NQA) / Mackay Airport Pty Ltd and managed by AccorHotels under its Ibis brand, the 152 room ibis Mackay Airport is distinct in that it is the only hotel located in the Mackay Airport precinct, just outside the main terminal building. 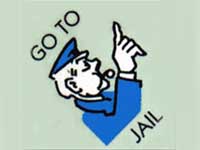 One estate agent jailed another fined When guests want to pay… get out of the way How will Facebook’s newest features affect your hotel?