Sofitel Sydney Darling Harbour is part of the state government’s $3.4 billion transformation of the Darling Harbour precinct and once built, the 35-storey, 600-room hotel will become Sydney’s first, major, new-build five-star hotel for 15 years. The Sofitel is due for completion in the third quarter of 2017.

Dr Schwartz said, “This will be a pioneering hotel that plays a crucial role in winning major conferences and events for Sydney. There has been a growing chorus calling for new, high-quality five-star accommodation to help Sydney compete with destinations in Asia and elsewhere and I believe that when the Sofitel opens it will become a landmark, setting new standards for luxury hotels in the city.”

And there will be no mucking about: Dr Schwartz is promising “one floor every 10 days”.

The $350 million Sofitel Sydney Darling Harbour is being developed and constructed by property and infrastructure group Lend Lease and designed by Sydney architect Richard Francis-Jones, from Francis-Jones Morehen Thorp.

Under an arrangement with construction firm Lend Lease, Dr Schwartz will buy the building after it is complete and subcontract its operation to Accor. The hotel has been granted a 99-year lease as part of the public-private partnership designed to reinvigorate Darling Harbour.

Dr Schwartz says his hotel’s proximity to the convention centre will give him an edge with business guests and is hoping a helipad, if approved, will be an extra lure for business travellers.

We are honoured to be managing Dr Schwartz’s most significant hotel project in Australia and look forward to welcoming guests to Sofitel Sydney Darling Harbour in 2017.” 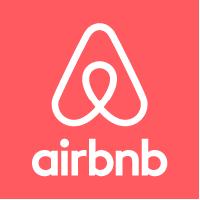