The decision to progress the gazettal of two additional public holidays in Victoria by the Andrews Labor Government will hurt business and cost jobs in the hospitality industry, according to Restaurant & Catering Australia (R&CA).

Minister for Small Business Philip Dalidakis has announced Grand Final Friday and Easter Sunday will be officially introduced via a notice in the Government Gazette this week.

This is despite the Government’s own Regulatory Impact Statement (RIS) indicating the introduction of both public holidays would cost the state economy $898 million in lost productivity.

R&CA CEO John Hart says he is disappointed economic common sense has not prevailed in this instance. “The decision to progress the gazettal of both public holidays is ludicrous when the benefits do not outweigh the cost.

“The RIS identified small businesses – particularly those in the hospitality industry – will be the hardest hit as wage costs form a greater proportion of their overall operating costs on these days. Prohibitive labour costs will force businesses to close, costing the state economy jobs and lost tourism expenditure on these days,” Mr Hart said.

“The decision hardly makes good economic sense at a time of rising unemployment, particularly youth unemployment. The Andrews Government has not listened to the concerns of small business or heeded the warnings of its own RIS,” said Mr Hart.

“Research commissioned by R&CA indicates that 52 per cent of businesses would employ more staff if penalty rates were reformed and 42 per cent said they would open additional hours. This equates to approximately 14,300 extra jobs in Victoria and 18,650 additional hours of employment on any given Sunday or public holiday.

“The café, restaurant and takeaway sector is the largest employer across all tourism-related sectors of the visitor economy. This sector has a projected employment growth rate of 16.9 per cent or 93,600 jobs to November 2019.  ”Victoria will now have more public holidays than any other state in Australia; but at what cost to jobs and business,” Mr Hart said.

Is switching personas an essential skill to teach staff? 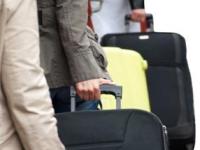 RevPAR Will Rise This Year