In part 1 of Up the Organisation (that appeared in Accomnews in June), I mentioned my first ever “real” management job with Thomas Cook Travel in 1976 and also went on to mention the greatest book on management I had ever read – Up the Organisation by Robert Townsend, who led Avis Rent a Car to greatness in America in the sixties and seventies.

I have tried to follow the management principles of Robert Townsend all my life. Why? Because they work!

As I said in part 1 of this article, in Up the Organisation, Robert Townsend highlighted the concept of Theory X and Theory Y companies. A Theory X company (and this describes the majority of companies in America and Australia to this day) operates on the same corporate and power structure as the Catholic Church and Julius Caesar’s legions! Obey the bloke at the top of the pyramid, or your head will be cut off (or perhaps you will be excommunicated)!

A Theory Y company, and I quote, “assumes that people will exercise self-direction and self-control in the achievement of organisational objectives to the degree that they are committed to those objectives”. In other words, employees, properly led, share the ambitions of management for the success of the enterprise.

Okay! Yeah! Yeah! Boring, boring! But read on because it does get better!

Whenever I read in the financial pages about a CEO who is “hard edged”, and who does not “suffer fools gladly”, I cringe! All the signs of a Theory X psychopath are being exhibited!

Let me tell you a story!

Back in the early eighties, I was in a management position with one of Australia’s largest development companies. My boss and I had arranged a meeting with a very senior executive of a major finance organisation to discuss a marketing proposition that involved our company contributing a very large sum of money to the mutual benefit of both ourselves and the financier.

Five minutes into this meeting, the senior executive’s desk phone rang! It was soon very obvious that the voice on the other end of the line was the “famous” CEO of the finance organisation. He often appeared on the financial pages and was famous for being “hard-edged” and “not suffering fools gladly”! This is another way of saying he was arrogant and pig-ignorant! The senior executive was so petrified by a call from his “famous” CEO, that he could not bear to tell his “hard-edged” and “famous” boss that his phone call was interrupting a very serious meeting that had been long in the planning and was to the absolute benefit of the financial organisation!

This went on for fully ten minutes! The gutless senior executive squirmed in his well-padded seat and my boss and I looked at each other in disgust at the way we were being treated!

Needless to say, we walked away from any deal with this organization. Ego, stupidity and a Theory X mindset should be avoided in a Chief Executive at all costs! When the head honcho develops a “GOD” complex, it is time to proclaim your atheism!

Recognising talent in others is a necessary skill for all successful managers. Another skill must be in knowing how to handle the talented underling so that his/her potential may be realised!

In 1965, I was a first-year primary school teacher, confronted with 35 raucous grade threes. One of those eight year old students was a boy of supreme intellect and amazingly developed social skills. Not only that, he had a lovely singing voice and the personal self- belief to be able to tell me to my face that I couldn’t sing a damn note! From the 35 pupils in his class he shone like a beacon! I went to my head teacher, a wonderful man (now deceased) with 40 years’ teaching experience and asked him how I should handle this prodigy.

He said to me, “Mike, when you are confronted with people who possess talents much greater than your own, just make sure you get out of their way so that they do not trip over you on their way through!”

This advice applies just as surely to bosses as it does to school teachers. Too many bosses get the top job and then feel it is their duty to bring every division of the company under their personal (and rigid) control, regardless of the fact that the division was already the best in the industry! If it ain’t broke, don’t fix it!

If you have an admin department that is doing a good job, just stay well away and let them get on with it! Better still, thank them for their contribution to the business and take them all to lunch!

I have always believed that a good business, whether it be a huge publicly listed company, a thriving holiday resort or a mechanical repair shop, is nothing more than the sum of its people. You might think you are a genius and, indeed, you might be! But without your staff, you are nothing. Success in business is simply the harnessing the efforts of many good people to a common aim, and rewarding them adequately for their contribution! No rocket science at all! It is all about Theory Y!

So why do so many businesses fail to get it? 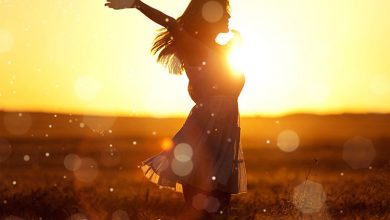 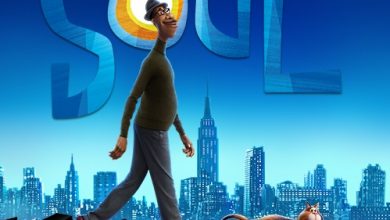 Disney swoops in to collaborate with Novotel