They might be tiny but they can cause major disruption to even the plushest hotel anywhere in the world.

Bed bugs – the two main species that bite humans include the common bed bug, cimex lectularius, and the tropical bed bug, cimex hemipterus – have been around for countless millions of years but modern scientific technologies still battle to contain them. And largely because of the ease and frequency of modern air travel, it is the accommodation industry that bears the greatest risk from them.

Unseen in clothing or other items, the bed bug has developed a resistance to chemical sprays and bug bombs through their waxy coating and an enzyme the bug has developed. They can easily be rapidly carried from one country to another. Wherever their host chooses to stay – whether private home, backpackers, campervans or five-star hotel, that is where these tiny predators will almost certainly set up home.

Once well established, they can breed in large numbers very quickly. Unfortunately their human prey in various countries have reported the horrifying nocturnal experience of finding themselves being attacked by bed bugs, with bites all over their bodies, in such numbers that they appear to cover the whole bed. While not everyone has visible signs on their skin the next day, others reports bite marks in itchy red welts days later.

Easily hiding themselves almost anywhere in a room, whether it be in the bed base, coverings or in myriads of other places, they will quickly seek out a warm body during the night in search of a meal of blood. And once satiated, they will not have to eat again for three months or more – a fact which makes it very difficult to starve them.

Of course, no one in the accommodation industry here wants to talk about infestations in their property, but they have certainly happened. In 2013 the media reported a woman’s experience in a Sydney motel, suffering a painful allergic reaction after being bitten 300 times by bed bugs. The next morning her face and body were covered in bites, which became increasingly painful and itchy.

She was due to return to her Brisbane home that night, but while at the airport, she started to feel extremely unwell and approached staff for help. “I could feel my face swelling, my lips were tingling and I was covered in these big red welts,” the report read. The woman was forced to seek repeated medical treatment.

In Australia it is also difficult to find anyone in the accommodation industry who is willing to discuss the problem, but independent experts take infestations seriously.

So seriously that an acknowledged expert on the problem, Stephen Doggett, former manager of the Arbovirus Surveillance Program, Department of Medical Entomology of Westmead Etymology in Sydney, some years ago set up a comprehensive website of advice on how to prevent, identify and deal with the bed bug problem.

“Bed bugs were once a common public health pest worldwide, which declined in incidence through the mid-20th century,” he said. “Recently however, bed bugs have undergone a dramatic resurgence and worldwide there are reports of increasing numbers of infestations. Australia has also been included in this trend and the Department of Medical Entomology.”

Even when an infestation is in a country known for its powerful economy and modern pest eradication methods, their impact can be devastating. In the US in 2010, ABC News reported that the National Pest Management Association had said that bed bugs were on the rise in America, with a 71 per cent increase in bed bug calls since 2001. “The rise might be blamed on increased travel, lack of awareness and precautions, and changing pest control methods,” the association said.

The ABC News report continued, “It’s definitely something to worry about, but it’s not something that you can control,” said Anne Banas, executive editor of travel web site SmarterTravel. “They’re very tiny, they’re very hard to spot. You can’t prevent it 100 per cent. There’s just no way.”

In 2014, USA Today reported: “Frequent business traveller Neil Kelley says bed bug bites were “all over my legs,” and he was awakened in the middle of the night by a cockroach that crawled across his face at a resort two years ago.

“I itched like crazy,” recalls Kelley, who was attending a food industry conference and volunteers information as a USA Today road warrior. “I would never go back to that hotel.”

Staff at many hotels have heard guests like Kelley complain about bed bugs.

“Most chains have experienced bed bugs,” says John Barcay, a senior scientist at Ecolab, a company with a pest-management division that services hotels. “Bed bugs are more prevalent in hotels with high occupancy rates and in high tourist areas. They are brought into hotels in guests’ belongings.”

The article continued, “The Centress for Disease Control and Prevention says bed bug infestations usually occur near where people sleep — in hotels, apartments and other dwellings — and America is one of many countries now experiencing an alarming resurgence in the bed bug population.

“Experts suspect the recent resurgence, the CDC says, is linked to several factors, including bedbugs’ increased resistance to pesticides and increased international and domestic travel.”

However, when infestations are proven, there is no simple solution. Particularly in the early stages of infestation, the bugs are extremely difficult to find as they are very adept at finding hiding places in such places as crevices, bedding, furniture, wallboards and light sockets. When found, they are hard to eliminate because they have become increasingly resistant to chemical sprays. Subjecting them to hot temperatures is becoming recognised as perhaps the most effective method of killing them.

Industry professional John Morley of Pro-Tek Systems, who has developed many bed bug protocols for the accommodation industry and beyond, says early detection is the key to limiting bed bug infestations. “Bed bugs should be part of a facility’s health and safety program as there is scientific evidence that bed bugs carry 45 known pathogens such as hepatitis, MRSA and HIV – although it is not yet proven to transmit from bug to human.

“Unfortunately many facilities still rely on a customer complaint to expose a bed bug problem. In-house awareness is great but relying on detecting a low level bed bug presence by housekeeping personnel is very limited. The difficulty is that a large majority of people have no reaction to bed bug bites. Some might have one immediately but for others it might occur many days later,” he said.

“It is not uncommon for a large infestation to be present in a room environment with no customer complaints. Traditional treatments for bed bugs are not working. It is very likely the bugs will be dispersed to wall and ceiling cavities, only to have them return in time to the previously treated room – also multiple rooms in the same area even floors above and below. Bed bugs are also being spread by people living in infested buildings to work places etc,” said Mr Morley.

“There is no silver bullet to the bed bug resurgence but a genuine proactive approach to the problem utilising certified detector dog screening and adopting the correct protocol will go a long way to protecting your premises and brand.” 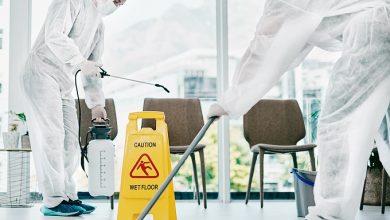 Housekeepers are the new industry influencers 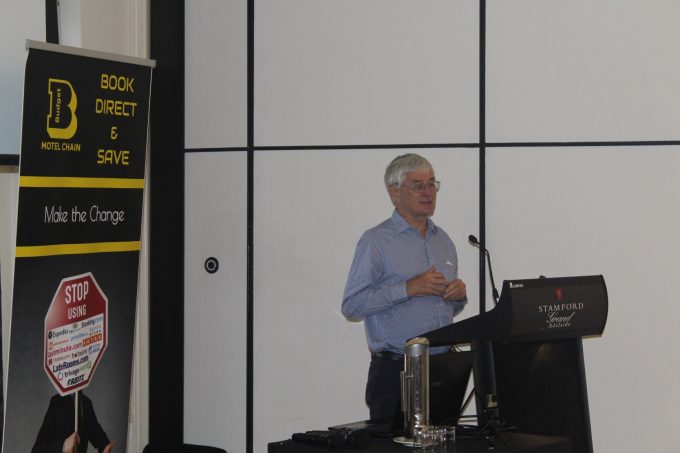 What’s new in bathrooms? We’ve got the loo-down