A Sydney-based landlord has to pay a tenant $11,000 in compensation because the apartment was made unliveable by a heavy smoker residing in the flat below.

The tenant, Lynette Laming, took her landlord Raj Bhandari to tribunal as she claimed he was unable to provide a safe living environment, according to the Sydney Morning Herald.

Although smoking was permitted in the apartment block, the amount of smoke seeping into Ms Laming’s apartment was enough to make her thirteen year old child sick, she claimed.

The owners corporation would not intervene reportedly recommending that Dr Bhandari take direct action against the owner of the smoker’s apartment.

According to SMH, the tribunal was told that “somehow there is a mechanical problem in the internal ventilation passages of the strata that is allowing the smoke to pass from the downstairs unit into the inside areas of the upstairs unit.

“Obviously it is going to be a complex problem to rectify and probably expensive. However, this does not lessen the landlord’s responsibility to provide premises which are fit for habitation.”

It was ultimately decided that even though the situation was not the landlord’s fault, it was his responsibility to ensure his tenant’s living space was liveable. He was therefore ordered to pay various damages totalling $11,681. Dr Bhandari’s subsequent appeal was dismissed.

The power behind Straya’s green and gold kangaroo logo Not to be missed conference on 2 December 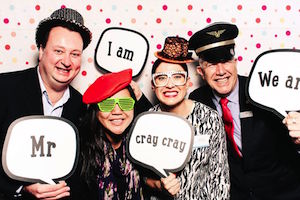