Given that 2016 is now upon us, it makes sense to indulge in the time-honoured tradition of New Year’s resolutions.

With this in mind – and knowing how those involved in bodies corporate are familiar with the concept of “resolutions” – my office presents some possible 2016 Body Corporate New Year’s Resolutions to consider:

At the risk of over-simplifying things, I consider much of what comes to my office as an enquiry or a dispute has its origins in a communication breakdown.

It is, for example, common for me to see dispute resolution applications in which, when asked what attempts have been made to resolve a matter, an applicant will say they “can’t speak with” the other party, that they’re “too difficult” to talk with or that further discussion “won’t work, it’s intractable”.

The Body Corporate and Community Management Act 1997 requires parties to have made attempts at resolving the dispute prior to accessing my office’s dispute resolution service and I can (and do) reject applications that do not meet this threshold.

Putting aside the legislative requirement, communicating with the party or parties to the dispute can, at the least, ensure that all the options are exhausted to resolve the matter.

At best, attempting to ‘talk it over’ with a fellow lot owner, the committee, the body corporate (perhaps by way of an agenda item), your body corporate manager or caretaking service contractor may see a party getting so much further than they thought they might.

While on this topic, consider whether sending an email which ccs all and sundry – or hitting “reply all” – is really a productive means of communication. It may seem like a good idea to keep ‘everyone’ informed, but sometimes all it does is involve parties who either don’t want or need to be a party to proceedings, which can bring about its own set of problems.

Information is, according to the old saying, power.

So there is obvious motivation for parties to ensure they are adequately informed about body corporate legislation and the rights, responsibilities and obligations that ensue. This is particularly the case for those parties who have defined roles and legislated decision-making responsibilities, such as committee members.

Decisions made can have significant financial, administrative and property implications, so it is preferable that such decisions are made with sound – not to mention accurate – information to hand.

In the first instance, the information service of the commissioner’s office can provide general information on the legislation. There is also no substitute for qualified legal advice, particularly when there are issues concerning contractual matters.

At a simpler level, ‘being informed’ can mean knowing (or trying to know) some essential piece of information such as what (and where) the by-laws for the scheme are; who is holding what committee positions; and when the next AGM is scheduled.

Beyond this, being a member of the body corporate also presents an opportunity – and arguably, a duty – to be engaged.

“The body corporate” isn’t just about one’s own lot and the interest in that lot. It is also about common property and the various machinations that go with maintaining the common property (not the least of which is maintaining it to a standard that also protects the economic value of all the lots in the scheme).

“So, the more engaged each individual is in the best interests of the body corporate, the better it is for them in the long run.

There are a variety of ways to be engaged, including:

– Obtaining information and disclosure about the scheme;
– Reading and keeping minutes and other documents;
– Exercising a vote at meetings and attending meetings, when possible;
– Communicating with other lot owners, the committee, the body corporate manager and the caretaking service contractor; and
– Ensuring levies are up to date (it is the levies which are used to pay for maintenance of and improvement to common property).

Some bodies corporate also organise working bees, distribute newsletters and hold events at the scheme, which present opportunities for people to interact with each other as well as contribute to the upkeep of the scheme.

To put it bluntly, if a party does not want to engage in what is happening with their scheme, they lose a means by which they can have a say in what is going on and decisions made which effect their investment.

• I resolve…to take action – if necessary

It might at times appear simpler to let issues lie and not act upon them when they arise. That said, if there is an issue with a scheme and no action is taken, the potential is there for the issue to grow and disharmony to fester. It is important to remember also that my office does not act on complaints and instead, offers a dispute resolution service in which the onus lies with the applicant to make their own application and effectively, run their case themselves.

In other words, if a party doesn’t act, they won’t get any result.

With most issues and disputes, body corporate legislation gives a reasonably prescriptive process to undertake in order to ‘take action’ – the by-law enforcement process is a good example of this.

For all of these suggested ‘resolutions’, sometimes knowing where and how to start can be a challenge.

So it’s important to know how to make further enquiries.
In this regard, some of the following might be useful:

– Knowing your plan of subdivision and the applicable by-laws? Contact the Land Titles Office;
– Is the authorised letting agent for your scheme licensed, or if there’s a query about their appointment or things like trust money? Speak with the Office of Fair Trading;
– Want to know about the professional development and standards which might be applicable to your body corporate manager? Perhaps Strata Community Australia can assist;
– Queries about building works and rectification? The Queensland Building and Construction Commission might be a start point; and
– How to manage issues involving tenants? Speak with the Residential Tenancies Authority.

Finally, of course, there’s my office, which is here to provide a service to all the parties involved in the vast and varied world of body corporate and community management.

Use a lack of confidence in OTA sites to your advantage

Why Airbnb is winning the war 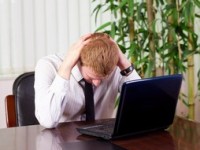 Why Won’t You Investigate My Complaint? 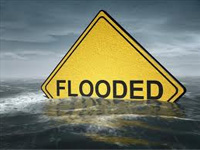