Happy new year! This new year brings with it quite a few changes some of which will certainly impact on your websites.

Others relating to hardware will certainly have a bearing on how your sites are designed. The word for this year is ‘mobile’ and mobile should really be in capitals.

Oscar Wilde said: “Consistency is the hallmark of the unimaginative.” But there is nothing consistent or unimaginative in what appears to be in store for us.
Google has been busy and is now indexing apps and listing these with website entries.

It would not be unreasonable to expect this to eventually reflect in a site’s ranking.

Just search for major brands like Yelp and you will see what I mean. I have previously mentioned developing an app for your business and I urge you to take this seriously.
Enormous sums are being expended on mobile device research with some of the focus firmly targeted on power supplies.

We are starting to see mobile phone dimensions gravitating to the 5.7inch specification; not quite a phablet but larger than what we have been used to. Partly to provide a larger viewing area but also to increase the package and screen size.

I suspect the larger screen areas are sneaking in because it may soon come to pass that screens themselves will become our battery chargers. The larger volume also provides more room to increase the physical dimensions of batteries; not batteries as we have them now but hydrogen technology devices, which may have their energy source renewed by the use of a dry powder and last weeks before needing to recharge. Wow!

All that just reinforces the need to have your website fully responsive lest you disappear from the face of Google. It also points to a newer concept in underlying design structures. Web pages as such may become secondary with all essential content available from a longer, scalable and scrolling page as your site’s first offering.

While you are at it make sure your Webmaster is up to speed on the latest coding language and practices. Whereas browser conformability was the major issue in coding practices we now also have that of mobile devices joining that club. It appears that iOS is acquiring new notoriety.

And that by no means exhausts the ‘mobile’ topic. We have all seen the numerous flying toys which have been available for quite some time. But no longer are they in the toy department. Amazon has announced that they will be using these helicopter devices to deliver their orders. Buy items in the US. under two kilograms in weight from that massive store and delivery will be effected to your house by a drone almost instantly.

In our fair land that will come via other retailers and create a whole new branch of public services. Someone will have to regulate and control the lower skies with goodness knows how many of these gadgets flying about.

This is not a crazy idea because we already have these devices used by farmers in agriculture; application exists in traffic control, emergency services, bush fire management and the list goes on. You will probably programmably whiz one of these around your house to test the moisture content of your lawns and have the sprinklers come on at its command. And all this because the internet will be the communications medium. These devices also have application in low plan designed resorts.

As to your website, an exciting new concept is already active. It is called Accelerated Mobile Pages. You possibly do not even know that it has been used by Facebook for some time.

Pinterest’s product platform team touted last week that their visual discovery site found AMP pages loaded four times faster and used eight times less data than traditional mobile-optimised pages on average. I feel sorry for Webmasters – new design approaches again. Me, I think I will just quit! You, dear reader, will have to soon think about having your websites redesigned once more.

Indeed, we already have web servers talking to new age browsers asking whether compression was inherently understood. That just means that if these two bits of software agree your website content is compressed by the server, transmitted, and then decompressed and rendered by your browser. And if your Webmaster is smart enough he will already have compressed your website and that way achieve amazing download speeds unheard of a few years ago.

Some more good news! Next month, Microsoft will officially stop delivering updates for all but the latest Internet Explorer version on each Windows version it supports. Although the company provided almost two years’ warning, the population still using older versions of Internet Explorer appears to be uncomfortably high.

How many people are using Microsoft browsers (Internet Explorer and Microsoft Edge) on desktop PCs, laptops, and Windows-powered hybrids? And what percentage of those customers are going to stop getting security updates after January?

From a designer’s point of view, I am almost happy about that. But what about the consumer who may now be at malware risk and possible finish up viewing garbled web pages?

And finally we have the Penguin update. That is Google’s new algorithm which is expected to operate in real time. So what is the Google Penguin Update?

The Penguin Update was designed to battle spam link tactics and monitor the quality of links to a website. The update was originally released back in April of 2012 and it immediately caused major ripples in the digital industry.

Sites who weren’t playing by the rules were suddenly missing from search results, many of them receiving manual actions. Just beware of the endless emails offering to list you with hundreds if not thousands of search engines and directories, all in the interest of boosting your business. Using these services could now have your site banned.

In the past some websites have suffered ranking loss. I strongly suggest that you diligently monitor your sites in the new year to ensure that you do not suffer any undesirable consequences as were reported in the past. It is, however, a boon to the SEO industry.

For once our politician friends are right, we are entering an exciting period so let us make the most of it.

The world is coming to the Sunshine Coast Beware! You are being tracked! 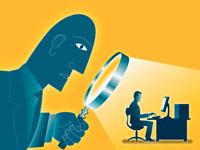 What have you got to hide? 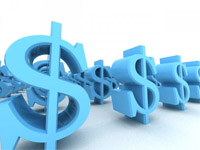 The Ps for Profit