I received this photo and it inspired me to write a post on scary examples from within the electricity energy sector.

There are many facets to the electricity sector and let’s be honest, in-and-of-itself, electricity is dangerous. I think there are three distinct categories of ‘scary: physical dangers like getting ‘zapped’, consumer scary as in, ‘I want to save money on energy’, and political rhetoric scary referring to ‘big energy’.

Our little friend living on the meter is unfortunately just a metaphor.

Some time ago, while accessing a distribution node to connect a large generation asset, it became apparent that somewhere in the main distribution lines there was a fault. We drove up and down the massive tower runs for over 100km looking for what was causing a fault, we had a limited time to get it and couldn’t find the problem.

What happened next was scary… We positioned people strategically along the 108km of 166KVA towers where each person could see about 10km either way. The radio com link-up was next and the call came. “Okay, everyone ready? Watch for the blue flash in three, two, one.” Let’s just say we found the fault and fixed it, and put out the acre-or-so of grass fire. (Side note: this is actually a documented fault-finding procedure.)

I attended a small retirement village to offer some consultancy for a previous job. A very nice lady came up to me to ask a few questions, she explained to me that she lived alone, in a small one-bedroom duplex and had just had some solar installed. She was unsure why she wasn’t seeing much reduction in her power bills. I was also interested so I agreed I would have a look at her system and assess her power bills.

As I walked to her place I looked up and noticed a large array of panels on the roof, then it dawned on me…. This is her house, a 5kW solar system installed on a small one-bedroom attached dwelling. I then found that she had zero feed in and to further the shame, the solar salesman tells me she volunteers at respite centre six days a week, during the day.

I then reviewed her power bills back over the 12 months prior to the solar system installation, which she told me she also provided the solar salesman with. The highest daily average she used over the whole 12 months was 9kWh. Yes, 9kWh in a whole day and this guy still saw fit to take advantage of an elderly lady. What concerned me even more was that while he told her the average was 9kWh, he added that unfortunately she didn’t have the room to fit 9kW on her roof so the best he could do was 5kW. This is both scary and dangerous.

Does your building charge residents for electricity? Changes to the legislative framework in Queensland have now placed obligations on bodies corporate who on-sell electricity to occupants, a once noble suggestion that provided savings to the community as a whole.

The Australian Energy Regulator has strict guidelines to make sure bodies corporate adhere to the National Energy Retail Law. This scary story really only applies to bodies corporate that are on-selling to occupiers.

Service providers that include billing administrators and body corporate managers of exempt sellers may be liable under the retail law if they aid, abet, counsel or procure a breach of the National Energy Retail Law, a civil penalty provision, or are in any way knowingly concerned in a breach by the exempt seller.*

A statutory enforcement action can include issuing infringement notices of $4000 for a natural person or $20,000 for a body corporate,** enforceable undertakings and court proceedings or a combination of these options.

The list of things that can go wrong for a body corporate – and could mean a breach of the law are extensive: metering and billing accuracy, a compliant bill, documented and recorded billing and collection processes, consumer protection, dispute resolution and not to mention that a body corporate has to absorb the debt when bills are unpaid and they can’t hold deposits.

All this from a volunteer group of owners, running a small town that can’t profit… and now these volunteers can be held responsible. Very scary if you ask me.

A body corporate can maintain all the benefits of an embedded network, the savings, no debt and no obligations if they have an authorised retailer operate the network for them.

Grab your copy of the Resort News May issue 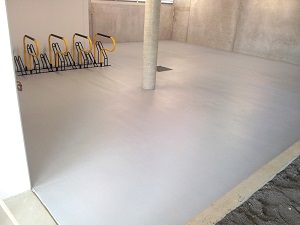