International and domestic travel has never been more accessible to tens of millions of people worldwide, but it is not only people that might be aboard aircraft, ships and other modes of transport.

Insect pests can also be travelling undetected, with bed bugs the most likely to cause real problems in the accommodation industry. Once fairly reliable airport sprays are now far less likely to stop them on arrival in a new country. They might be fairly small but they have caused major disruption to some of the plushest hotels in the world.

They have been in existence for many millions of years but modern scientific technologies still battle to contain them. Highly skilled at remaining hidden in luggage or clothing, they have developed a resistance to chemical sprays and bug bombs through their waxy coating and an enzyme the bug developed. Wherever their host stays, that is where they too are likely set up home – anywhere from a backpackers to a five-star hotel.

Once well established, they can breed in large numbers very quickly. Unfortunately, their human prey in various countries have reported the horrifying nocturnal experience of finding themselves being attacked by bed bugs, with bites all over their bodies, in such numbers that they appear to cover the whole bed. While not everyone has visible signs on their skin the next day, others report bite marks in itchy red welts days later.

Easily hiding themselves almost anywhere in a room, whether it be in the bed base, coverings or in myriads of other places, the bugs will quickly seek out a warm body during the night in search of a meal of blood. And once satiated, they will not have to eat again for three months or more – a fact that makes it very difficult to starve them.

Of course, no-one in the accommodation industry wants to talk about infestations in their property, but they have certainly happened. A quick TripAdvisor search will bring up hundreds of experiences from guests suffering from painful bites following an experience in Aussie accom. The next morning her face and body were covered in bites, which became increasingly painful and itchy. If guests have a more severe reaction to bites, they could require more serious treatment and negative reviews would be the least of your concerns.

The Ministry of Health and the Association of Dermatologists’ website is among those that gives advice on how to identify and deal with the bites.

In Australia, it is difficult to find anyone in the accommodation industry who is willing to discuss the problem, although independent experts take infestations seriously. But last year a report in the Sydney Morning Herald said: “After WW2, most developed nations moved to control bed bug infestation by using insecticides such as DDT. The bugs were almost entirely eliminated. ‘almost’, however, is the key term. By the start of the twenty-first century, numbers were rising steeply. Westmead Children’s Hospital in Sydney reported a 400 percent rise in bed bug cases between 2000 and 2004. Worse, the bugs had descended from hardy DDT-survivors. In 2014, Westmead researchers announced that the little buggers were pesticide resistant.”

Even when an infestation is in a country known for its powerful economy and modern pest eradication methods, their impact can be devastating. In the US in 2010, ABC News reported that the National Pest Management Association had said that bed bugs were on the rise in America, with a 71 percent increase in bed bug calls since 2001. “The rise might be blamed on increased travel, lack of awareness and precautions, and changing pest control methods,” the association said.

However, when infestations are proven, there is no simple solution. Particularly in the early stages of infestation, the bugs are extremely difficult to find as they are very adept at finding hiding places in such places as crevices, bedding, furniture, wallboards and light sockets. They will emerge when darkness falls and there are warm, sleeping bodies to be found.

New methods to eliminate them, such as hot steam, are now often used because of their increasing resistant to chemical sprays. But a problem that has tormenting humans since well before the age of the Pharohs is still bothering us today.

So you’re thinking about upgrading your mattresses… 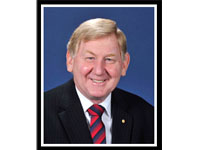