Once-in-a-generation reforms to the state’s strata title laws came into effect last week, including more than 90 changes to the laws and affect 1.2 million people living in over 75,000 strata schemes across NSW.

The government listed the following key changes in an online statement:

What do you think about the changes? How has the transition been so far? Let us know in the comments below.

“By 2040 about half of people in NSW will either be living or working in strata. We need modern and flexible laws that reflect 21st century strata living,” minister for innovation and better regulation, Victor Dominello said.

“The last major amendments to strata law happened 20 years ago – the face of our state has changed dramatically since then and the new laws better reflect the way people live and work in 2016 and beyond.”

The reforms follow extensive public consultation over a five-year period, with more than 3000 submissions received from the public and stakeholder groups.

To learn more about the new laws and how it affects you, visit www.stratalaws.nsw.gov.au or call the Strata Hotline on 1800 214 023.

10 million visitors expected to head to Sydney this summer Hotels prepare for boom in bookings for Ashes To NBN or not to NBN? That is the question… 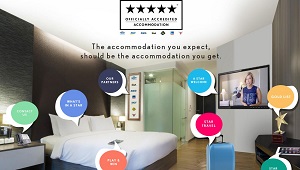