Cockroaches are the scourge of commercial kitchens, and now we know why.

There’s no doubt that roaches are revolting. But new research shows there’s an even darker side to the creatures that lurk in the shadows.

Scientists from the Institute of Plant Physiology and Ecology in Shanghai have discovered a set of genes that specifically attract roaches to fermented foods, help protect them from toxicity and bacterial infections and allow them to breed like rabbits.

Together they make the cockroaches ideally suited to avoid extermination and thrive in the places hardest to clean.

The Chinese scientists have decoded the genetic makeup of the American cockroach, Periplaneta americana. They found that the species has more than 20,000 genes, making its genetic code as large as a human’s.

Amid the sequenced DNA they found unusually large groups of genes that appear to help the American cockroach survive in the niches it has adapted to.

Writing in the journal Nature Communications, Shuai Zhan describes how the cockroach has an expanded set of genes that help it sense the smells that waft off food, in particular the fermented foods it favours most.

Another group of genes comprise the insect’s internal detoxification system, which protects the cockroach should it eat anything toxic.

Yet another batch of genes beef up the insect’s immune system, to combat infections from all the germs it encounters.

Then there are genes that ensure cockroaches reproduce at an impressive rate, while others aid cockroach nymphs to regrow any limbs that are broken or nibbled off by predators.

The good news is that by identifying which genes are key to cockroach survival, scientists hope to find ways to better control them.

And despite their super-powered genes, the group discovered no evidence to support the claim that cockroaches would survive a nuclear holocaust.

Let’s hope that’s not what it takes to rid accommodation providers of the vermin dining out on the grub we humans leave behind. 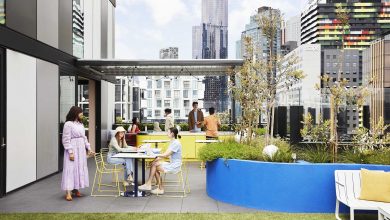