My mother is 83 and a contract killer.

She bids for, and takes out, contracts all over Australia – slaying multiple targets with her razor-sharp ability to memorise hands.

She is one of 35,000 members of the Australian Bridge Federation affiliated to 330 clubs throughout the country.

And those members are increasingly willing to travel large distances and spend hundreds of dollars to be recognised for their ability to make the most of a set of identical card hands.

According to Larry Megolonsky of Hotel Mogel Consulting Ltd, the popularity of Bridge around the world is growing exponentially.

And the latest generation of players is bucking the ‘frugal Bridge player’ stereotype as they look to stay, and eat, in style.

Larry said: “There are several hypotheses for this evolution.

“First, there’s the rediscovery of bridge as a pastime for retiring baby boomers. They played in university and now, with ample time on their hands, they’re back at the table but with ample bucks to spend on travel.

“Second, hotels have recognised that a well-publicised bridge tournament can soak up a lot of off-season and mid-week inventory.

“Third, most bridge players will stay for the entire tournament allowing hoteliers to plan a multiday package price.”

So, what do you need to run a tournament?

Larry suggests starting with a local club director and reviewing the options for them running an event at your location.

“While local participation is not what you’re typically looking for – you want guestrooms booked, not just conference space and food and beverage revenue – a good number of local players adds to the level of competition,” he said.

“You will also need their support as this will allow you to have the game recognised for point contribution.

“The time you want to hold a tournament should be coordinated with local and regional activities.

“This means planning up to a year in advance. You do not want to run an event that is in direct conflict with any other major citywide compressions or scheduled tournaments in other regions.

“Lastly, there are several world-recognised bridge authorities who lend their name to tournaments, thereby adding profile and credibility to an event.”

Where did Charles and Camilla stay? 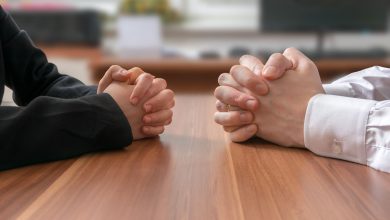 On a quest for new guests