White sandy beaches, azure seas and palm trees swaying in the gentle breeze make the Queensland coast about as close to a tropical dream as you can get.

Yet trouble is brewing in paradise, as the Queensland government revealed this week that at least five of 20 resorts up and down the coast are in arrears of their state government leases.

While the government will not reveal which are in trouble, a spokesman for the Department of Natural Resources, Mines and Energy told ABC News it was working with island lessees impacted by Cyclone Debbie to enable them to repair and reopen resorts.

“There are other mechanisms in place to administer rental arrears where payment plans are unsuccessful – they include taking possession and sale or utilising the forfeiture provisions of the Land Act.”

South Molle Island, once the jewel in the Whitsunday crown, has been closed for the past two years following its purchase by the China Capital Investment Group (CCIG) and subsequent hammering by Cyclone Debbie.

A year on from the devastating cyclone, there is no clear indication when it will reopen and, according to the ABC, its current state appears in breach of the conditions of its lease.

While CCIG has begun work on an $86 million renovation of Daydream Island, which it also owns, a spokesperson told ABC News that South Molle would require “major work” and a redevelopment was still “a few years away”.

Because the resort is on state-owned land, there are strict conditions over its upkeep. Under the terms of the agreement, the lessee must reasonably “at all times provide and maintain on the lease land tourist accommodation of a standard acceptable” to the State Government, and “at all times provide, maintain and staff a satisfactory transportation service between the mainland and the leased land”.

South Molle is not the only Whitsundays resort to have fallen on hard times.

Nearby Lindeman Island has been closed for the past six years, although Chinese owners White Horse Australia will begin work on a $580 million redevelopment soon following approval from the state government last month.

Further up the coast, a resort on Dunk Island destroyed by Cyclone Yasi back in 2011 remains in ruins.

While the resort is on privately owned land, the neighbouring spit and campgrounds are part of the island’s national park, with a sub-lease managed by the council.

Two hours’ drive away, the marina at Port Hinchinbrook off the Cardwell coast has been left in limbo since its US owners suffered a series of issues following the global financial crisis.

Over the past seven years, two cyclones have hit the port, two successive owners have gone into administration, the marina has filled with mud, the sewage treatment plant failed and property prices have plummeted by 30 percent.

It also operates partly on a state government lease, and has faced years of disputes over who is responsible for each issue.

On the Fraser Coast,  a recent engineer’s report has found the main seawall holding the Great Sandy Straits Marina Resort is at risk of collapse.

The marina site, which also sits on a state lease, is at the centre of a dispute over who should improve the seawall and fix a public boardwalk which has been fenced off for three years after falling into disrepair.

And on Moreton Island, off the coast of Brisbane, a dispute between property owners and the operators of Tangalooma Island Resort has seen property prices nosedive as residents are hit with escalating service fees which many are unable to afford.

Unit owner Drew Wilson told ABC News: “Our dream house has become quite the nightmare really – we are fearful for our financial future.

“We’re stuck in a house that is slowly driving us bankrupt and that point is coming closer and closer.”

Mr Wilson said the government leases were “clunky and unsustainable”, especially when they involved more than one party.

“I suppose the State Government uses them to maintain some degree of control over sensitive state land – which given current circumstances is arguable – but what it does is set up a bunch of little fiefdoms within Queensland,” he said.

“The perpetual lease holder becomes a private council to his or her sub-lease owners.

“There is no regulation or body like a strata that exists to protect these sub-lease holders – or peasants as we often feel like.

“This power imbalance needs to change.” 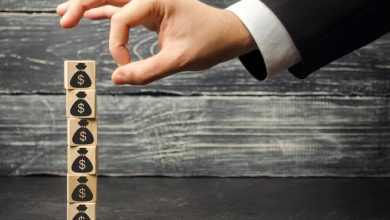 TripAdvisor names Qantas as the best airline in Australia

Four things accom can do to improve reviews