In a legal first, a New Zealand landlord has been awarded the profits earned by a tenant illegally sub-leasing a rental property on Airbnb.

The ruling sets a legal precedent which could opens the door to a rash of similar cases and have wide-reaching consequences for Australia and across the world.

The tenant had sub-leased his rented Bellagio Apartment in central Wellington at least 54 times over a six-month period, making more than $12,450 in revenue.

The Residential Tenancies Act does not specifically allow for landlords to recover profits earned by a tenant through sub-leasing, even when when it’s in breach of their Tenancy Agreement, and lawyers believe the case is the first nationally to result in such a ruling.

Keith Powell of Nice Place Property Management was asked to take over management of the apartment after its owner became suspicious that it was being sub-leased. Mr Powell had successfully pursued another case involving Airbnb in the Tenancy Tribunal.

He contacted the tenant to address the breach and the tenant then stopped all rent payments and abandoned the apartment.

Mr Powell said in his 13 years of property management he had never seen such a blatant breach of the Tenancy Agreement.

“It’s unusual to see the Tenancy Agreement explicitly state that sub-leasing on Airbnb is prohibited,” he said.

“So, finding that in just six months the tenant had done so on at least 54 separate occasions, missed rent, installed a dead bolt on the door and then disappeared, you’ve got to wonder what was going on.”

Shehan Gunatunga from Morrison Kent Lawyers, representing Mr Powell, successfully sought an “account of profits” by demonstrating it was unreasonable to allow the tenant to profit from a breach of the tenancy agreement.

The Tribunal found the landlord could recover the profits from the sub-leasing activity.

Morrison Kent in Wellington believes this to be the first time an “account of profits” has been allowed under these circumstances in New Zealand.

Mr Gunatunga said the case provides some reassurance for landlords when it comes to such breaches.

“Being able to recover the profits from the sub-leasing activity sets a precedent, meaning there is now a legal basis for seeking that the profits be paid to an aggrieved landlord where a tenant sublets their rental property in breach of the tenancy agreement,” he said.

“This adds another layer of protection in situations of sub-leasing, which is becoming much easier for tenants to do.”

In addition to the profits from sub-leasing the apartment on Airbnb, the tenant was also ordered to pay unpaid rent, exemplary damages for abandonment, sub-leasing and replacing locks, as well as costs for door replacement.

Which accom trend do families say is a game changer? 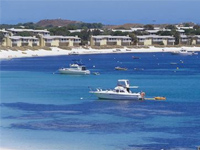 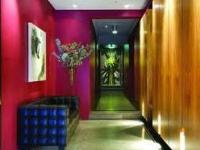 Regents Court to be Managed by 8Hotels