A controversial resort on the Sunshine Coast has won council approval this week despite a sustained community fight against the high-rise development.

Protesters have vowed to appeal the decision, with one shouting “traitor” at local councillor Steve Robinson as he voted in favour of development.

The approval comes as work begins on two other major projects stimulated by the expansion of Maroochydore’s Sunshine Coast Airport.

A vast new leisure park will be built on Steve Irwin Way near Australia Zoo in Beerwah, and the five-star 111-room Badderam Eco Luxe Resort & Spa will be created on an ancient volcanic site near Buderim.

“The go-ahead for the Westin resort is an endorsement of the region’s commitment to sensitive and appropriate tourism development,” said Visit Sunshine Coast CEO Simon Latchford.

“Councillors deserve high praise for their careful consideration of both the Westin and Badderam resort developments, because while the region is in desperate need for new high-quality tourism accommodation, we also believe that it is essential for projects to be appropriate to the Sunshine Coast’s character.

“Both projects have gone out of their way to incorporate industry-leading environmental initiatives, and both significantly changed their original plans as a result of community and council feedback.

“The new Westin resort will play a fundamental role in attracting domestic and international business to the Sunshine Coast – particularly high-yielding conference and incentive business, which was deeply impacted by the departure of the Hyatt brand from Coolum.”

The organisation says the region has not seen a new-build internationally branded hotel for more than three decades, putting the tourism hotspot at a major disadvantage compared to other Australian destinations.

“With the upgraded Sunshine Coast Airport project underway, it was imperative that we backed up this era-changing decision with suitable new upmarket accommodation, and council has now delivered two quality projects,” said Latchford.

“We are hopeful that other proposed tourism accommodation projects will also come to fruition as the new airport and upgraded road and rail access give the Sunshine Coast an unmatched opportunity to revolutionise our tourism sector and deliver long-term, sustainable economic and jobs growth for the whole community.

“The massive upgrade to our tourism infrastructure will allow us to win larger conferences and events and will also benefit many complementary businesses across the Coast.

“It is a very exciting time to be part of the Sunshine Coast tourism sector.”

The hotel is slated for completion by 2021. 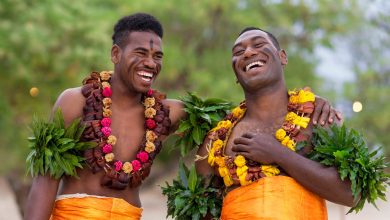 The ‘Big Bula’ set to open the door on December 1