An alligator grabbed and killed a woman this week as she walked near a lagoon at an exclusive resort in the US state of South Carolina.

45-year-old Cassandra Cline of Hilton Head Island, South Carolina, was walking her dog at the Sea Pines Resort when she was attacked and pulled into the lagoon.

US authorities say she was trying to protect the dog when she was attacked.

“She was walking the dog near the lagoon and the alligator came out of the water and tried to get the dog,” said David Lucas, a spokesman for the South Carolina Department of Natural Resources.

“The lady tried to rescue the dog and a maintenance worker ran over to help.”

According to Lucas, both were trying to protect the dog when the 2.5-metre alligator dragged the woman into the water.

The dog was unharmed.

According to SBS News, Captain Robert McCullough of the Department of Natural Resources said attacks by alligators on humans were extremely rare, with just 20 attacks on people in the state in the last 42 years – only one of them fatal.

“It’s common practice when we have an aggressive alligator like that, we put it down, but it will take some take some time to confirm it’s the right alligator,” he said.

Sea Pines Resort said in a statement that it was working with authorities “to ensure necessary access to the site while the investigation is under way”.

The Resort is in the southern third of Hilton Head Island, located along a 5000-acre oceanfront site. 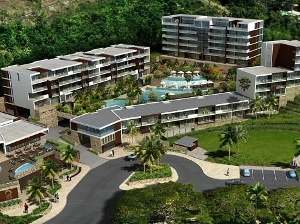 Accom technology: It’s not as difficult as you think U2 in Adelaide underway