Booking.com has remained silent on the issue of rate parity, despite repeated requests from AccomNews for comment over the last three weeks.

The move by rival bookings giant Expedia to abandon its rate parity agreements with Australian providers has been widely, if cautiously, welcomed by industry players this week.

Until now, operators looking to list rooms through the platform have been contractually required not to undercut Expedia on their own website pricing, despite paying 15-25 percent commission on any bookings made through the OTA.

“It’s a positive move and shows that Expedia are listening to the market and doing something about it,” said Trevor Rawnsley of the Australian Resident Accommodation Managers Association.

“At ARAMA we disagree with other organisations on their prohibition approach towards OTAs.

“We love the OTAs but they are an advertising portal and we are the client. The advertiser cannot take control of the client’s pricing structure”.

Rawnsley says it’s “about time” Booking.com “comes to the party” on rate parity.

“They are the market leaders by far, it’s crucial,” he said.

“ARAMA considers this latest development a step in the right direction but by no means a final victory and we look forward to a positive response from Booking.com.

“What the industry wants is to work together as partners with Booking.com. We would jump at the opportunity to meet with them and discuss the bigger issues.”

Chris Fozard, operations manager of the Budget Motel Chain, says his members are asking for the same outcome.

When canvassed for reactions to the Expedia announcement, member replies included: “Does not make a difference until booking.com follows suit”, “The majority of our business is Booking.com and that’s the one I am hanging out for” and “I think it is a step forward, let’s see if Booking.com will follow”.

Chris said: “Although the Expedia Group has stated that they will no longer enforce their rate parity clause, which is great news, property owners across Australia will not be able to fully take advantage of it until Booking.com follows suit.

“Having a higher price on Expedia’s websites (even to cover their commissions, for example) will mean that any guest who is ‘shopping around’ for the best price will see the lower rate on Booking.com’s sites and use them.

“Booking.com has a great opportunity to show that they value their Australian partners and follow Expedia’s lead, before being forced to remove their rate parity clause by the ACCC.”

Others have questioned whether Expedia intends to ‘darken’ properties not displaying their lowest room prices through the bookings portal, making them less visible in an online space dominated by the two US OTAs.

Rawnsley, who credits ARAMA’s strong advocacy as a factor in Expedia’s announcement on rate parity, says “only time will tell” how the OTA intends to treat members displaying lower prices on their own websites.

“The OTAs’ dirty tactics of darkening people for not doing what they want is abhorrent. But Expedia is at least making the right noises, it’s a marvellous outcome,” he said.

“It is a fantastic result BUT as mentioned we need someone checking that we are not being disadvantaged if we raise our tariffs on their site,” said one.

“The big question for me is, ‘how to drive guests to our own websites’? As the big OTAs are always ahead of the game on google,” argued another.

Other comments have been more openly positive.

“It is great news. The work behind the scenes has been amazing. We all appreciate the efforts by everyone,” said one operator, while another added: “I think this is a big break through, it allow us to breathe better and start to run our businesses, not by dictation and demands from the OTAs, but by how we see what is right for us.”

Expedia’s decision follows sustained industry lobbying over rate parity clauses, an announcement by Labor that it will ban parity agreements if elected to government, and the impending results of an Australian Competition and Consumer Commission investigation into OTA practices.

Will Google's quiet launch change everything? “They are destroying the local tourism industry”: World-renowned wine region calls for help 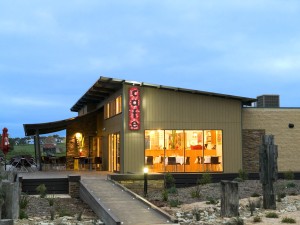