Jupiters Casino has had its best month since the beginning of 2010.

Although owner Echo Entertainment Group is still adamant the casino company would not build a hotel at Broadbeach unless the Gold Coast secures the 2018 Commonwealth Games.

Echo, which owns three Queensland casinos and Star City in Sydney, posted a net profit of $226 million for the year to the end of June, up 16.6%.

Echo’s chief executive Larry Mullin credits Jupiters’ new managing director Frederic Luvisutto for driving the growth through an “aggressive” approach to customer service. But he said Echo was cautious about a new hotel for the Broadbeach property as part of a $650 million capital expenditure program outlined for its three Queensland properties.

He said Echo was still negotiating with the state government on concessions, including gaming machine numbers, in order to clear a path for the expansion plans at Jupiters and Brisbane’s Treasury Casino.

Echo’s immediate plans for Jupiters include a redesign of the swimming pool area and expansion of the existing Jupiters Theatre, doubling its audience capacity to 2000.

Echo is in the final stages of a $900 million refurbishment of Star City Casino in Sydney, which has come in “on time and on budget”.

No to Adelaide's East End 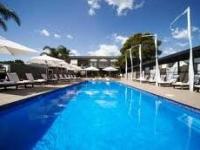 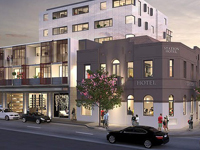