The chief executive officer of the Accommodation Association of Australia, Richard Munro, says major events, like the Qantas Australian Grand Prix, are a critical driver of business in the industry.

“It’s disappointing that the future of the race in Australia is the subject of constant debate,” Mr Munro said.

F1 boss, billionaire Bernie Ecclestone, has for many years harassed the Australian event organisers in a push for more money to match the royalties paid by China, Korea, India and the Arab states for their grands prix. Each year he threatens to move the opening round from Australia despite a contract until 2015.

“It’s well known the tourism industry has been suffering and major events like the Grand Prix are vital for operators and investors in accommodation businesses.

“Accommodation occupancy rates in Melbourne runs at around 96% for the four days of the Grand Prix and record a 10% growth on revenue per available room. This means the event is worth around $21.8 million to the accommodation sector over the four days, an increase from $19.6 million last year,” Mr Munro said.

“It’s also worth stressing that if Melbourne loses the race, then it will more than likely be lost to Australia.

“For the accommodation industry, the $50 million-plus investment in the race is worth every cent and we encourage both the Victorian state government, as well as the federal government to continue to support it. The worldwide media exposure for both Melbourne and Australia cannot be underestimated in the potential to reach existing and new tourism markets.

“The additional visitors from both overseas and interstate and intrastate, of whom many chose to stay at Melbourne hotels, gave an extra boost to hotels, tourism and the Victorian economy, which has been significant.”

“Not only did the grand prix have a strong impact on hotel performances but it also greatly benefited hotel suppliers such as linen companies, butchers, bakers, fruiters, florists as well as restaurants, airlines, taxis, retailers and more. Apart from the major contribution to hotels’ direct business income and bottom line, the international attention major events like the Grand Prix receive also encourages investment in new hotels for Melbourne and provides the economic rationale for existing hotels to renovate, refurbish and enable Melbourne to keep up to world standard,” said Mr Crinis.

“TAA congratulates the Australian Grand Prix Corporation for again staging a world class event, and along with the Victorian Major Events Corporation and also successive Victorian governments, for continuing to support the grand prix in Victoria, which generated additional employment opportunities for many Victorians over the past week.

“TAA believes the grand prix has been a great marketing tool both directly and indirectly for Victoria, which can’t rely on icons such as the Harbour Bridge, rock, and reef, to attract tourist’s attention in a competitive and overcrowded market,” said Mr Crinis.

With relatively small marketing funds that Tourism Australia and Tourism Victoria have to promote Australia to an international market, the Grand Prix along with the Australian Open tennis provide Melbourne’s major international exposure each year and are the major promoters of the Melbourne brand.

Louise Asher, Victoria’s minister for tourism and major events, said according to a 2011 study by Ernst & Young, the Australian race increased Victoria’s gross state product by between $32.04 million and $39.34 million and created more than 400 jobs.

This year the grand prix attracted 313,700 spectators over the four days, the highest attendance since 2005, with 114,900 coming through the gates on race day. Around 28,000 of those were from overseas with 80,000 hotel rooms sold over the race period. Last year’s event attracted 11,156 spectators from abroad.

Does Size Matter and Other Pressing Questions? 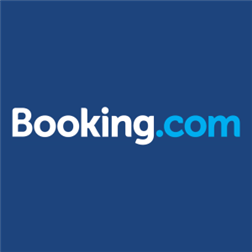 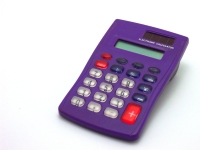 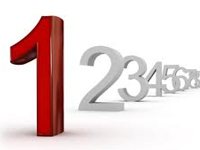