Queensland’s peak organisation representing the body corporate and strata title sector is urging the state government to take back to the drawing board proposed new legislation which it says will be an administrative nightmare and cast a question mark over future land ownership and title provisions.

The peak organisation says the new proposals could trample the legal rights of bodies corporate throughout Queensland.

The Queensland parliament’s Legal Affairs and Safety Committee has asked for feedback on the Liquor and Gaming (Red Tape Reduction) and Other Legislation Amendments Bill 2013.

The submission tendered by Strata Community Australia (Qld) strongly opposes the proposed changes to the Body Corporate and Community Management Act 1997 and the Acquisition of Land Act 1967 thatk to diminish the rights of bodies corporate when a constructing authority resumes part of an existing land holding. The constructing authority in this scenario is usually the sate or local authority authorised by the act to take land for any purpose, such as the Department of Transport and Main Roads.

“The proposed amendments will certainly assist the constructing authorities to finalise their projects sooner. However, the rights of the bodies corporate and unit owners whose land is being compulsorily acquired will be further diminished as a consequence. If the amendments are enacted they will disempower bodies corporate and unfairly advantage constructing authorities.” says Simon Barnard, president of SCA (Qld).

“The amendments propose to remove the body corporate’s entitlement to obtain its own advice – instead the advice will be provided by a person chosen by the constructing authority and the body corporate will have no opportunity to query or dispute that advice,” says Mr Barnard.

“The amendments propose to empower the constructing authority to record a new CMS evidencing the resumption when four months has elapsed since the constructing authority gave the body corporate notice of its intention to resume the land, whether or not the body corporate has made a decision to adjust its lot entitlements,” Mr Barnard says. “Under the provisions proposed by the bill, a body corporate could find itself in a tough situation in which it is unable to make an informed decision about the adjustment of lot entitlements in the short timeframe available. In many cases, the resumption of scheme land is not a simple matter – it is often further complicated by the relevant land being subject to easements, exclusive use areas, occupation authorities and leases, which will significantly impact on a body corporate’s ability to comply with the time limit,” Mr Barnard stresses.

“The four-month period is an extremely tight one when you consider most owners in a scheme will have never been involved in a resumption and will be required to quickly get up to speed in order to comply with the relevant provisions. There will need to be at least one (but probably more) committee meetings and a general meeting within that four-month period to ensure compliance with the new provisions,” Mr Barnard says. “Many strata owners may have difficulty comprehending the changes proposed in the bill. Moreover, owners and committees may not even be aware of these impending changes and may miss out on the right to negotiate at all. It is our role to make sure bodies corporate are aware of the proposed provisions and understand how they apply.”

“We have to make certain the rights of bodies corporate are not further diminished during the resumption processes. Bodies corporate need to be afforded reasonable opportunity to consider their own professional advice about the effect of the resumption on their lot entitlements and they need sufficient time to carefully consider and negotiate the terms of the resumption in cooperation with the constructing authority,” Mr Barnard concludes.

“We have submitted these views to the Legal Affairs and Safety Committee with the hope that the bill will be amended to more fairly represent the interests of bodies corporate.”

Are you China ready? 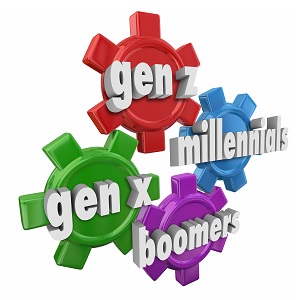 Which types of travellers should small hotels target? Brand strategy in a nutshell and why you need one 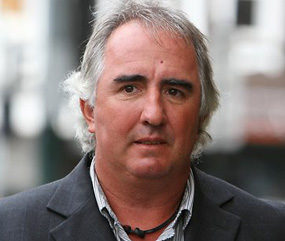