Challenger Investment Partners, on behalf of the owners, has appointed AccorHotels to manage their Surfers Paradise hotel, which is currently operating as Hotel Grand Chancellor.

AccorHotels took over management of the hotel October 1, 2016, and re-branded the hotel to the group’s renowned Novotel brand.

The Novotel brand is already prominent in south-east Queensland with a long-established presence on the Sunshine Coast and in Brisbane, where a third Novotel is under construction adjacent to the Brisbane Convention & Exhibition Centre.

The announcement of the Novotel comes at a time of unprecedented growth in the Gold Coast tourism market in the lead up to the staging of the Commonwealth Games in 2018. Figures from Gold Coast Airport showed 8.7 per cent growth in the year to May 2016, with new services from China, Malaysia, Japan, New Zealand, and Australian ports, providing an outstanding platform for sustained growth.

Commenting on the announcement, Challenger’s Head of Real Estate, Trent Alston, said: “AccorHotels brings its extensive expertise and market power to the hotel. Under their management it has the potential to be a strong performer on the Gold Coast. It further benefits from being part of an integrated retail and hotel precinct at Paradise Centre.”

“The Novotel brand is highly regarded in the principal source markets for the Gold Coast, and we believe that with this high-profile we will be able to attract and build new markets, both in Australia and overseas.”

Chief operating officer for AccorHotels, Simon McGrath, said that adding the Gold Coast to the Novotel network would expose the destination to an even wider audience.

“Novotel has just celebrated its 25th anniversary in Australia and has established a commanding position in the 4-star market, known for the quality of its facilities and service and its value-for-money proposition,” said Mr McGrath.

“We are delighted to partner with Challenger Investment Partners and bring Novotel to the Gold Coast. We believe this is the ideal property to introduce the brand in this market, with its prime location, outstanding views and quality facilities.

“The Novotel brand is prominent in countries across Asia and with the prospect of even more direct flights from Asian destinations, the presence of a well-known international brand such as Novotel can contribute to the region’s ability to attract major conferences, events and groups.

“It is an exciting time to be in the Gold Coast, with major infrastructure projects such as the Light Rail project having such an impact and with the Commonwealth Games just two years away.”

Novotel Surfers Paradise will undergo a multimillion renovation project to refresh the guest rooms, public areas and restaurant in line with Novotel brand standards in 2017/18.

Novotel Surfers Paradise is located in the heart of the city, just 200 metres from the beachfront and forms part of the Paradise Centre on Cavill Mall, the Gold Coast’s premier retail and tourism destination. The 31-storey hotel comprises 409 rooms, a restaurant and bar, five conference and meeting rooms, gymnasium, outdoor pool and tennis court.

The Star shines at Queensland Awards for Excellence Changing PMS provider: everything you need to know How can a WWII scientist help your hotel survive? 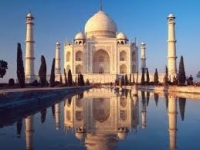 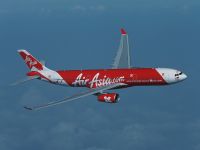