The internet in the late-80s was a wonder and just as Sir Tim Berners-Lees had intended it to be; I was privileged to have access and was amazed at what one could achieve with this marvel.

Today, it bears little resemblance to those days. It still has its excellent, great and good sides but it has also acquired a ‘Mr Hyde’ character that is more frightening than Robert Louis Stevenson’s titular villain.

This Mr Hyde peddles drugs, launders money, cheats, lies, is a favoured domain of criminals, breaches laws and privacy, bullies and has become a tool capable of causing the death of innocent people. More importantly still, it has become a political sledge.

“Nobody knows what the future will bring, but it’s a good bet that there will be a delivery charge.”
~ Tom Wilson, Ziggy, February 14, 2000

In 1995, fewer than one percent of the world’s population was online. The internet was a curiosity, used mostly by people in the west. Fast-forward 20 years and today more than 3.5 billion people have an internet connection – nearly half of all humans on the planet – and the number is growing at a rate of around 10 people per second.

According to the Pew Research Centre, a fifth of all Americans say they use the internet “almost constantly” and 73 percent say they use it at least daily. Figures in the UK are similar: a 2016 survey found that nearly 90 percent of adults said they had used the internet in the previous three months. For many, it is now virtually impossible to imagine life without it.

“One of the biggest problems with the internet today is that people take it for granted but they don’t understand the degree to which we’ve allowed it to infiltrate almost every aspect of our lives,” says William Dutton at Michigan State University, who is the author of the book Society and the Internet.

“They don’t even think about not having access to it.”

The internet is not inviolable. In theory, it could be taken away, on a global or national scale, for a period of time. Cyber-attacks are one possibility. Malicious hackers could bring the internet to a standstill by releasing software that aggressively targets vulnerabilities in routers, the devices that forwards internet traffic. Shutting down domain name servers, the internet’s address books, would also cause massive disruption, preventing websites from loading.

Some governments  have ‘kill switches’ that can

effectively turn off the internet in their country.

Cutting the deep-sea cables that carry vast volumes of internet traffic between continents would also cause significant disruptions by disconnecting one part of the world from another. These cables may not be easy targets for attackers, unless suitably equipped, but they are sometimes damaged accidentally. In 2008, people in the Middle East, India and Southeast Asia were plagued by major internet outages on three separate occasions when submarine cables were cut or interfered with.

Some governments also have “kill switches” that can effectively turn off the internet in their country. Egypt did this during the Arab Spring uprising in 2011, while Turkey and Iran have acted similarly, as has China. American senators have proposed creating one in the US as a means to defend the country from cyber-attack.

The most devastating strikes could come from space, however. A large solar storm that sent flares in our direction would take out satellites, power grids and computer systems. “What bombs and terrorism can’t do might be accomplished in moments by a solar flare,” says David Eagleman, a neuroscientist at Stanford University and author of Why the Net Matters, and states: “The next major geomagnetic storms are eventually coming.”

The internet is a vast global complex, the most massive network ever built by mankind. Yet, virtually all of its data moves through a mere 321 undersea cable system spanning the globe as counted in-use or under construction in 2016. Cables that are no larger than a soft drink can in diameter, tapering off to the diameter of a ten-cent piece in the vast depths of the oceans. Added to this complex are about 20 known choke points where most of these cable systems converge in landing stations on continents.

The global telecommunication cables carry 99 percent of all internet traffic. Their role is critical as business worth more than $10 trillion a day flows through it. That is extraordinary and unprecedented. The volume includes those from all financial institutions that settle transactions on them every second. Adversaries with a global reach and a taste for the jugular can attack these fragile cables with significant consequences. Should that occur, it would cut the flow of capital and instigate a partial or total collapse of the Internet where the vast majority of our cloud based initiatives such as Amazon, Google, Microsoft and all industries using the cloud would collapse with it.

These cables are very difficult to repair

in the depth and vastness

of the global oceans

which are impossible to patrol

These cables are very difficult to repair in the depth and vastness of the global oceans which are impossible to patrol. Adversaries with deep ocean submarine technologies, and they do exist, can sever the cables in multiple locations that are hard to locate. In addition, repairing and/or replacing these transoceanic cables is slow, tedious and very expensive. The repair ships themselves can become sitting ducks for an adversary to attack preventing the repair or additional locations can be severed along the cable’s route.

Aggression aside, the internet could face an imminent ‘capacity crunch’ as soon as in eight years, should it fail to provide faster data, according to UK Professor Andrew Ellis, of Aston University in Birmingham. The fiber optics cables that deliver the data will have reached their limit by 2023. He points out that the energy demand to drive the system will reach a critical point in 15 years with the UK currently consuming 16 percent of its power to drive the internet. Globally, it is responsible for about two percent of power usage.

To put it in perspective: It would take around three million years to download all the information currently on the internet, assuming a download speed of 44 megabits per second. There are an estimated 550 trillion megabytes of data on the web.

the rise of ISIS,

The woman who was known as ‘Baba Vanga’, and regarded as the ‘Nostradamus from the Balkans’, predicted correctly that the 44th President would be African-American. Many claim she predicted 9/11, the rise of ISIS, the Boxing Day tsunami and Brexit and also foresaw two major events in 2018. Was one of them the demise of the internet? Or perhaps we do not think about it and do not care? We have knowingly given up our right to privacy in exchange for the services offered by Facebook, Google and others.

In all honesty, I am totally uncomfortable with this situation. Return what Sir Tim invented: privacy theft was not a corporate objective; integrity, truth and respect for law and order was paramount; it was no longer a weapon of war. Perhaps a third incarnation of the internet may arise, where commerce, truth and respect for individual privacy can co-exist and true free speech is the norm. 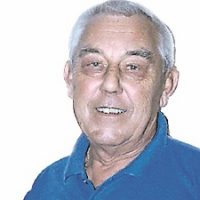 Arvo Elias is from web consultancy firm Cybercons. He has been a long time contributor in Resort News, make sure you're subscribed so you can check out his monthly Intonet installment.

Flooring without the flaws