Agoda, a Singapore-based subsidiary of Booking Holdings, was among six OTAs named by the UK’s Competition and Markets Authority in 2019 over so-called ‘sharp’ practices, including misleading discount claims.

However, in an advert described by the Accommodation Association of Australia as “very, very concerning”, it seems Agoda is flouting Australian consumer law in failing to employ those practices Down Under.

The following advert for the Best Western Ipswich appeared in The Guardian Australia just before New Year. When the consumer clicked through, they were taken to the following page advertising the listing at a more expensive price. Advertising a headline price, then adding extra charges later in the booking process, constitutes drip pricing and is illegal in Australia.

The advert has been referred to the Australian Competition and Consumer Commission, which in 2015 took Airbnb, eDreams, Jetstar and Virgin to court for engaging in drip pricing tactics.

However, the ACCC is already embroiled in an expensive and time-consuming prosecution of Trivago and industry insiders speculate the consumer watchdog is unlikely to proceed down the same road with Agoda.

It is, though, due to release the findings of a long-running investigation into OTAs and the contracts they impose on accom operators.

And an Accommodation Association spokesperson confirmed this week: “We continue to have discussions with the ACCC and government on a range of these issues.”

In October, AccomNews reported a US-based travel platform was flouting Australian consumer law with its own version of drip pricing.

Guest Reservations was charging significant fees on top of advertised room rates, a practice which is legal, if contentious, in the US. All online businesses are required to abide by the laws of the country they operate in, wherever they are based.

US heeds ScoMo's pleas to water down travel warnings 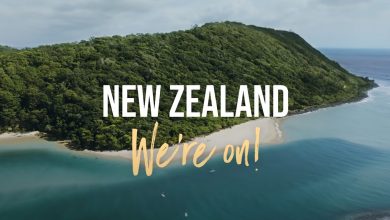