But it seems increasingly likely international borders will remain largely closed until at least mid-2021. The mothballing plans of airlines such as Qantas further suggest international travel will take years to recover to pre-pandemic levels.

For any tourist attraction primarily geared to international visitors, and for the hotels, restaurants and shops that cater to that tourist traffic, this spells trouble.

In 2019 more than 9 million international tourists injected an estimated A$47 billion into the Australian economy.

On the other hand, local destinations that primarily attract local tourists could be in for boom times, attracting those who might otherwise have gone overseas. (In 2018-19, more than 10 million did so, spending A$65 billion in the process.)

Tourism, though, is not a zero-sum game. Not all of the money that might have been spent overseas will necessarily be spent on a local holiday. Even if it was, and the boom in domestic tourism more than made up for the loss of international tourists, the impact would be different across cities and locations.

That’s because local and foreign tourists tend to opt for different holiday experiences. International visitors are more attracted to the sights of Sydney and Melbourne, and the tourist hot spots of Queensland. Locals disproportionately want to get away from the city and avoid the tourist traps, relaxing in the country or on the coast.

To get a better sense of how closed international borders will affect local economies, we calculated locations’ reliance on international tourists using data distilled from TripAdvisor, a popular travel booking and review website.

Obviously this is an imperfect measure. A lot of foreign visitors come from New Zealand, Britain and Ireland, for example. Non-English speakers might use a different platform entirely. Nonetheless the results give us a basis to see where the absence of international tourists will likely be felt the hardest.

At a glance, Cairns, the gateway to the Great Barrier Reef, stands out as the having the most to lose, due the relative importance of tourism, and international tourists, to its economy.

Sydney attracts the greatest proportion of foreign visitors, but is less dependent on tourism.

Regional towns like Tamworth in NSW and Bendigo in Victoria (bottom left) should be least affected.

About two-thirds of all international passengers touch down in Sydney and Melbourne. Our data from Tripadvisor also suggests this is where foreign visitors spend most of their time and money.

In Sydney the Opera House, Harbour Bridge and Bondi Beach are magnets for foreign tourists. Melbourne has the Eureka Skydeck and its Royal Botantic Gardens. Any business attached to the traffic for these attractions will face a tough year ahead.

The only upside is the big cities have more diverse labour markets. So those losing tourism jobs in these areas have a slightly better chance of finding work elsewhere.

The bigger risk comes to Cairns and other smaller tourist hubs with star attractions that attract a large flow of international tourists. For many businesses in these local economies a closed border could be an existential challenge.

While our results are more robust for predicting where lost international tourism will hurt most, we can also see some possibilities of boom times for destinations that provide the experience local tourists are seeking.

Two examples are Echuca in Victoria and Busselton in Western Australia. These are very different towns. Echuca is an historic inland town on the Murray River often associated with paddle steamers. Busselton is a fishing town south of Perth long associated with lazy beach holidays.

Locations offering the more relaxed “getaway” experience might find their bookings overflowing this holiday season as Australians unable to visit Barcelona or Bali look to holiday closer to home.

Isaac Gross, Lecturer in Economics, Monash University. This article is republished from The Conversation under a Creative Commons license. Read the original article.

Reinvent the welcome experience with self-check-in 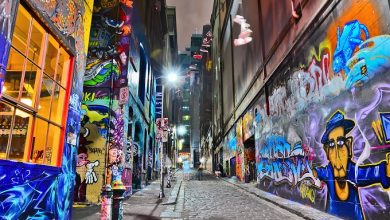 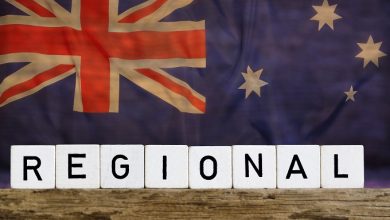 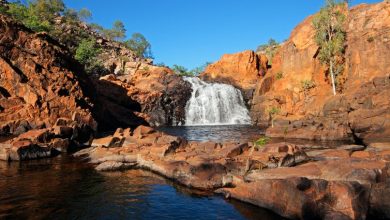