A record number of travellers have visited Australia over the past year, signalling the continued rise of the tourism sector as a jobs and wealth-generating juggernaut.

Tourism & Transport Forum chief executive, Margy Osmond, welcomed the latest ABS Overseas Arrivals figures released on June 13, which show that 8.5 million people travelled to Australia over the 12 months to April 2017, an increase of 9.5 percent on the previous April.

“The Australian tourism industry continues its record breaking run of international visitor arrivals, confirming its importance as our next super-growth sector,” Ms Osmond said. “While the rise and rise of Chinese visitors sees China poised to overtake New Zealand as our largest single visitor source market by the end of the year, it is the resurgence of the USA visitor market that is shaking up the tourism sector.

“The USA recorded a 14.9 percent rise in international visitors, overshadowing our other traditional visitor market, the UK, which saw a 3.1 percent increase.

“These figures are fantastic news for our booming visitor economy. Not only are more and more people are choosing to visit Australia for their holidays, for business or to visit family and friends, but the record breaking growth shows no signs of slowing.” 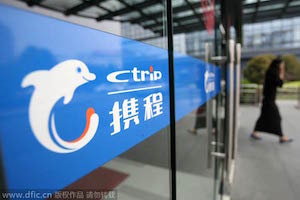 Which beach town is using bitcoin to lure wealthy visitors? Dearth of berths: The lack of infrastructure threatening our $5b industry