Located along the scenic Yarra River, Pan Pacific Melbourne will have direct access to the Melbourne Convention and Exhibition Centre. With 396 contemporary rooms offering panoramic views of the city, Port Phillip Bay or the Yarra River, as well as 400 square metres of flexible meeting and events space, two dining outlets, and leisure facilities including a 24-hour fitness centre, the hotel is likely to appeal to both business and leisure travellers.

Pan Pacific Hotels Group is also pleased to announce the appointment of Pan Pacific Melbourne’s general manager, Craig Bonnor. “We warmly welcome Craig and his team to Pan Pacific Hotels Group. We’re delighted that he will continue to lead the hotel as its General Manager, where he has had a great track record for more than two years. Craig has excellent credentials, having amassed extensive experience in both operations and business development with international hotel brands in Oceania and Asia. Given the importance of Australia as one of our strategic growth markets, we are confident that Craig and his highly experienced team will ensure Pan Pacific Melbourne’s standing as one of the outstanding hotels in the city,” said Lothar Nessmann, chief executive officer, Pan Pacific Hotels Group. 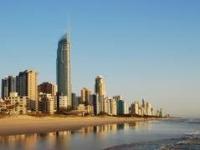