Jobs will be created in tourism – including in the accommodation industry – through increased investment in major sporting arenas in Sydney, according to AAoA.

The Accommodation Association of Australia said such facilities are of critical importance to enticing more major events to Sydney, indeed Australia.

“It’s disappointing to hear of speculation about some Parliamentarians who are against helping Sydney to bridge the gap which has opened up between it and other major Australian cities in the standard its sporting stadia,” said the association’s chief executive officer, Richard Munro.

“Unless significant capital is invested in upgrading and/or rebuilding ANZ Stadium and Allianz Stadium, Sydney will miss out on hosting major sporting events in the future and flow-on benefits for the economy, including employment levels, will not be realised.

“While other Australian capital cities have seen fit to transform their major sporting facilities to the point where they are now among the best in the world, Sydney has had difficulty doing the same thing since it hosted the 2000 Olympics.

“It’s time that this pessimism stopped, for the benefit of both spectators and the local economy alike.

“For example, it would be very difficult for Australia to mount a fresh bid for the football World Cup which is credible and competitive with other bids unless Sydney’s major stadia receive a significant facelift.

“Similar negative comments were made about Sydney’s old convention centre a few years ago and today, the city has an award-winning world-class piece of infrastructure which is helping to drive the NSW economy.”

Offering an exotic taste of the ‘Dreamtime’

Copy this tactic from luxury hotels 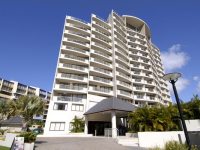 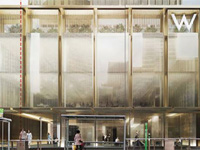 W Hotel is back before council