Adelaide reported the highest hotel performance levels among the five Australian markets to host The Ashes cricket series according to an analysis by STR.

From 1-5 December, occupancy in Adelaide hit 96.2 percent, while average daily rate (ADR) jumped to AUD306.54. As a result, revenue per available room during the match played at Adelaide Oval reached AUD294.87. Each of those absolute values were higher than those recorded during the England vs. Australia tests in Brisbane, Perth, Melbourne and Sydney.

“Adelaide hosting the annual day-night test in recent years has boosted performance compared with prior day tests, and the inaugural England and Australia day-night match was a real stand out,” said Matthew Burke, STR’s regional manager for the Pacific.

Year-over-year percentage changes were highest in Adelaide as well. Occupancy rose 28.1 percent compared with the same days in 2016, and ADR rose a staggering 115.1 percent. That led to a 175.5 percent spike in RevPAR.

The second-highest occupancy increase was seen in Perth, while Brisbane recorded the second-best increase in ADR. The lowest overall impact was reported in Sydney.

“The lower performance in Sydney perhaps was reflective of a long summer campaign for the English Barmy Army supporters, who may have grown battle-weary with the series decided,” Burke said.

All % changes represent year-over-year comparisons with the same days the prior year. 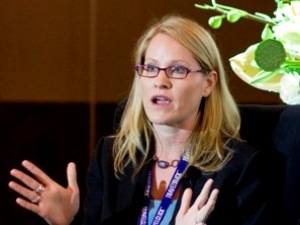 Pieces of island paradise sold off in tourism world first