Brisbane could soon be seeing an influx in airport hotel stays, with Qantas announcing a new direct international flight.

Qantas has announced the start date of September 1, 2018 for a daily Dreamliner service between Brisbane and Los Angeles, with fares available for sale from this week. It will replace the Boeing 747-400 currently operating this route.

The Dreamliner will then continue on as QF11/12, Qantas’ connecting service between Los Angeles and New York (JFK), carrying passengers connecting from Sydney and Melbourne services as well as from Brisbane.

Between September and December 2018, the daily Brisbane – Los Angeles Dreamliner service will be complemented by up to three weekly Boeing 747 flights to meet seasonal demand.

Once Qantas’ eighth Dreamliner has been delivered by the end of 2018, the airline will replace the three weekly 747 services between Brisbane and Los Angeles with a second year-round Dreamliner service, operating four times a week.

Qantas’ Dreamliner carries 236 passengers across three cabins compared with 364 passengers on the 747-400 currently operating the route. The Dreamliner features the latest version of the airline’s Business Suite, nicknamed “mini First Class” by some frequent flyers, as well as a next generation Premium Economy seat and a significantly improved Economy seat with extra storage compartments and device charging outlets.

How to convince owners to reinvest... “Pouring petrol on a fire”: Airbnb says curbs will hit jobs and income in WA 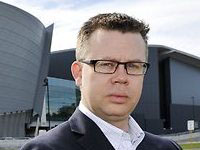