Ray Stone, the executive general manager of sales and marketing for Voyages Indigenous Tourism Australia that manages Red Centre accommodation such as Sails in the Desert is organising direct weekend flights from Melbourne to Uluru to overcome.

The NT resort operator is launching direct weekend flights from Melbourne to Uluru to overcome the absence of main airlines on the route.

The three-hour charter flights from Tullamarine Airport start on April 4.

About 20 per cent of visitors to Uluru are from Melbourne and 36 per cent from Sydney where Qantas has cut back its daily flights to a four-times-a-week Jetstar service.

The charter flights will be on an Alliance Air Fokker 75 and will operate on a trial basis for 13 weeks.

Flight and accommodation packages, including airport transfers, breakfast and indigenous activities, start from $899. The flights coincide with several new events in the Red Centre, including the Tjungu Festival on April 24-27, which includes indigenous musicians and bands, a fashion parade, an indigenous film festival and food events such as a bush-food master class.

Eyes on the future: Gold Coast MR make a comeback Have what it takes to own a B&B? 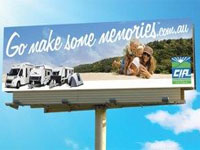