TripAdvisor has announced plans to extend its TripAdvisor GreenLeaders program into Canada and Europe for the first time, following rapid growth in the US.

Developed in consultation with the United Nations Environment Program, the US Green Building Council, Energy Star and the International Centre for Responsible Tourism Canada, the TripAdvisor GreenLeaders program aims to help travelers around the world plan greener trips by highlighting hotels and B&Bs engaging in environmentally friendly practices.

For the first time, hotels and B&Bs in 19 markets, including Canada, UK, Ireland, Germany, France, Italy and Spain, are able to apply for TripAdvisor GreenLeaders status, to add to those in the US that were already able to apply.

The program awards qualifying hotels and B&Bs with TripAdvisor GreenLeaders status based on the green practices the property has in place – with properties tiered between Bronze, Silver, Gold or Platinum awards. Each award will be shown prominently on the property’s listing on TripAdvisor.

Each application is assessed against a holistic set of environmental criteria – including practices ranging from linen and towel re-use, recycling and composting to solar panels, electric car charging stations and green roofing. The more green practices a hotel or B&B has in place, the higher the TripAdvisor GreenLeaders level it can achieve.

“With so many travellers placing an importance on the eco-friendly practices of the places they visit, hotel and B&B owners stand to gain a real competitive edge by promoting their environmentally friendly practices,” said Jenny Rushmore, director of responsible travel at TripAdvisor. “Our TripAdvisor GreenLeaders program will enable businesses managing their environmental footprint to highlight their commitment to millions of travellers around the world, at no expense to their business.”

TripAdvisor GreenLeaders first launched in the US in April 2013 and has since awarded over 3700 hotels and B&Bs the TripAdvisor GreenLeaders status. Hotels currently participating in the US program range from small, independent establishments to multinational brands including Marriott International, Hilton Worldwide, Select Registry and Coast Hotels,and these brands will be represented when the program launches to consumers in Canada and Europe later this year. 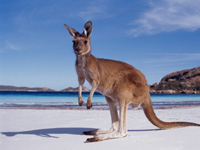 Tourism grows faster than the economy 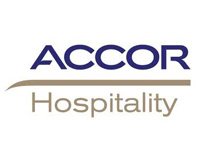